We’ll see if this is actually reality when the first set of legislation rolls round as only two Legalise cannabis parties got seats rather than the estimated 3.

Pro-legalising cannabis parties have the balance of power in Victoria’s upper house and almost half of the MPs sitting in the Legislative Council are new to parliament.

At least eight of the 11 crossbenchers support legalising cannabis and even one Liberal MP is open to the push.

On Wednesday, it was confirmed Labor secured 15 seats and the coalition won 14.

The cross bench is made up of four Greens, two from Legalise Cannabis Victoria and one member each from the Liberal Democrats, Animal Justice Party, Democratic Labor Party, One Nation and the Shooters, Farmers and Fishers.

“It’s something to be worked through with the government in a logical and sensible way,” Mr Ettershank said after the official declaration of results at the Melbourne Showgrounds.

“We will also seek to engage with other members of both houses to try and get as broad a consensus as possible around this really important and really obvious change.”

Liberal MLC for Western Victoria Bev McArthur said she was “open to new ideas” when asked where she stood on the issue.

A spokesperson for the Victorian government told AAP it had no plans to legalise or decriminalise recreational cannabis.

There were calls to look into a similar model to the ACT, where individuals are allowed to possess, use and supply small quantities of cannabis as well as cultivate two plants per person at home.

Drug reform lobby group Unharm said the government needed to “get with the times”.

“For many people a cannabis conviction is a pathway into the criminal justice system that ends up defining their life,” Unharm chief executive Dr Will Tregoning said.

Nineteen of the 40 members elected to the upper house are new to parliament and Labor needs six crossbenchers to vote with it to pass legislation. 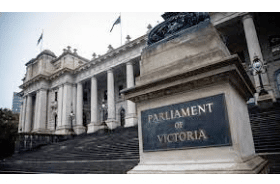