We say highly unlikely and Cohen might well be severely underestimating the inherent conservatism amongst both legislators and the populace in Australia.

He argues in a piece for Cannabiz Australia…

Of course, this trajectory might slow, stall or go backwards. Although for a whole bunch of reasons – global and domestic – I don’t think that’s likely. And support is necessary, though not sufficient by itself, to affect policy change.

A) Immediately he defeats his own argument by saying…. Of course, this trajectory might slow, stall or go backwards. At CLR  we would also suggest that all the evidence in Australia apart from a small piece of legislation in the ACT that can essentially be overuled by Canberra as and when it politically suits them,  there is absolutely no trajectory toward regulation in the country . Looking at the step up of cannabis illegal grow enforcement since the beginning of the pandemic and the Murdoch press’ desire to sell “news” off sensationalist reporting of aforesaid enforcement suggests the status quo will remain unless the Labor party gets into power and has a group of MPs applying a great deal of political pressure on the cabinet of the day we will see zero change

B) Cohen writes.. Depending on when and how this happens, recreational legalisation may have negative impacts on Australia’s medical cannabis framework. We presume, like us, Cohen followed the NZ referendum and hopefully like us he noticed that the medical cannabis sector vociferously campaigned against legalisation and played no small part in defeating the Yes vote.

Cohen may hope that there’s a debate and that common sense may prevail but with the following list stacked firmly against recreational cannabis the thought that Australians may be able to settle down to a quiet joint or edible is pie in the sky conceptualizing at this moment in time.

Those with too much invested in making political hay or money by keeping recreational cannabis in Australia illegal are..

Politically entwined with Federal & State political parties of all stripes. Recreational cannabis will take away revenue so they’ll be fighting it tooth and nail

Drug enforcement policies are great for year in year out budget growth.

They’ll be pulling every string they can to preserve revenues post investment.

Much stronger in Australia than many outside the country can imagine and it doesn’t help  that the the country’s current Prime Minister attends the Horizon Church, which is affiliated with the Australian Christian Churches, the Australian branch of the Assemblies of God. One only need read between the lines on these churches attitudes toward progressive politics and personal choice to know that under a Morrison government we won’t be seeing regulated recreational cannabis (Read The Sydney Morning Herald piece Inside our Pentecostal PM’s church) if you need further convicing.

Australia is currently way behind the 8 ball on many political issues from climate change to indigenous rights don’t think that for one moment recreational cannabis will be allowed to pop its head above the parapet. 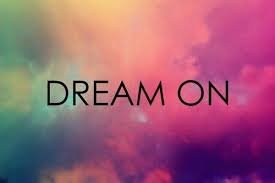