Australia: From Cucumbers To Cannabis In Bundaberg

Medicinal cannabis company THC Global has secured a lease over 6.6 hectares of hydroponic greenhouses and 18ha of land from Eden Farms near Bundaberg.

The ASX-listed company announced the greenhouses will be repurposed from growing cucumbers to produce 80,000kg of dried cannabis.

“It’s a major step in being able to deliver Australian-produced medicinal cannabis products to Australian patients in early 2020,” the company said.

“THC Global will submit a request to the Australian Office of Drug Control (ODC) for the property to be an additional cultivation site under an existing licence held by subsidiary Canndeo Limited.

THC Global will look to use part of the open-field land to grow hemp for global food and nutraceutical markets.

A nutraceutical is a pharmaceutical alternative which claims physiological benefits.

“This facility complements our existing cannabis production assets in Australia.”

Terms of the lease will be settled with the ODC application and are expected to be based on the volume of cannabis produced.

Medicinal cannabis grown at Bundaberg will be processed at the company’s Southport facility.

Eden Farms was established in 1983 as the first supplier of continental cucumber on the east coast of Australia. 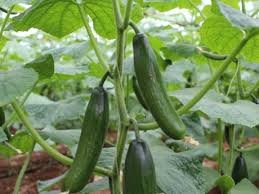