Australia: Legalise Cannabis and other progressive parties could hold balance of power in Victorian upper house

The Legalise Cannabis party is leading a group of minor progressive parties in the running to enter Victoria’s upper house, vowing to bring drug reform to the next parliament if it claims the two seats it is hoping to secure.

Vote counting for the Legislative Council will take weeks to finalise, but early numbers suggest a bloc of left-wing candidates and parties could hold the balance of power.

The Greens were on Monday expecting to win four seats, the Animal Justice party may secure one and the Reason party leader, Fiona Patten, is in a tight race with former Labor powerbroker Adem Somyurek.

Labor could secure 15 seats, while the Coalition was looking at 14, with between 20% and 30% of votes counted in each region.

Election analyst Ben Raue said Legalise Cannabis is now the highest-polling party after Labor, the Greens and the Coalition.

Raue said that, on average, the party has picked up about 4.8% of the primary vote.

Legalise Cannabis chair, Craig Ellis, said he was “quietly optimistic”, although was cautious to suggest they would claim seats in the Southeastern and Western Metropolitan regions.

“I’m not counting my eggs, we are very cautious,” Ellis said. “The most important thing to say is there are still lots of votes to be counted. On the surface we are very pleased with the level of support we’ve received.”

Ellis said the strong primary vote in regional Victoria was driven by their policy to abolish roadside drug testing for cannabis.

“It’s a tool of prohibition rather than road safety,” he said.

If elected, the party would focus on legalising cannabis, changing the law to allow people to grow their own plants and would also support reform to abolish the controversial group voting ticket system in the upper house. 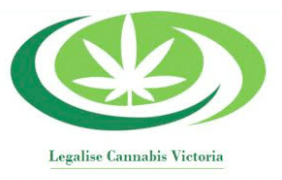