An interesting story because of the sections we’ve highlighted. As THC stays in the system for such a long period of time this will prove to be an issue in many jusrisdictions

The decision by magistrate David Heilpern on Monday was seized on by the Greens, who have been campaigning against the contentious law, saying they want drivers to be tested for impairment levels rather than just the mere presence of cannabis in saliva.

MLC David Shoebridge said the judgement was significant and had thrown the government’s roadside drug-testing campaign into disarray.

The magistrate found Joseph Ross Carrall not guilty of driving with an illicit drug in his blood because he mistakenly believed that he would no longer test positive to the drug.

ABC North Coast reported that Mr Carrall was pulled over for random drug tests in May last year when the police officer testing him told told him he should wait at least a week after smoking cannabis before driving.

Mr Carrall said he relied on this advice when, in June, he waited nine days after smoking cannabis before he got behind the wheel but when he was pulled over again, traces of THC were detected in his saliva and he was arrested and charged.

The ABC report said a police officer told the court that ‘a line had been drawn’ and that now you could be ‘a smoker and not drive, or a driver and not smoke’ and that that was the ‘effect of the new laws’.

But Mr Heilpern said when drug testing legislation was introduced in 2006 it was clear that ‘ministers had in mind that it would be drugs that were active and affect the skills that were the mischief’.

The ABC quotes Mr Heilpern telling the court that ‘Clearly, in 2006, the technology was not nearly as advanced as it is now, certainly it was not the aim of the ministers that if you consume cannabis [at all] you cannot drive [ever].’

Mr Heilpern, according to the report, said no-one was seriously contending that Mr Carrall was still affected by the drug.

He found Mr Carrall not guilty on the grounds that he had made an ‘honest and reasonable mistake of fact’.

Mr Carrall pleaded guilty to the same offence, committed in May, and will be sentenced on a date to be fixed.

Mr Carrall’s lawyer, Steve Bolt, told the ABC that the law should be designed to improve roadside safety, not punish people for smoking cannabis.

’It’s wrong, in my view, to be punishing people [by] taking their licences away when someone might have a had a smoke or two of cannabis a few days before driving a car, he said.

’It makes as much sense as taking someone’s licence away for having a beer two or three days before driving a car.

‘Unfortunately a lot of people would be at risk of falling foul of this legislation even though their experience of having used the drug would have had zero effect on their ability of driving a car safely, Mr Bolt told the ABC.

Mr Shoebridge said the judgement was significant because ‘we’ve had case after case after coming before the courts, thousands of cases in NSW alone — where people have said “I smoked a joint a day ago or a week ago and it couldn’t have possibly impaired my driving and now you’re going to take my licence away from me?”‘.

‘Up until now people have been thinking 48 hours or a week is safe to drive,’ the MP told the ABC.

‘They’ve been operating on that basis, thinking they are complying with the law but yet finding they can just randomly lose their licences at one of these roadside drug tests.

‘This is giving ordinary people who are trying to comply with the law a chance to fight back and keep their licence.’

Mr Shoebridge said legislation should be modelled on laws in the UK, where drivers are tested for their level of impairment.

He said he would be pushing for a parliamentary committee to examine the drug testing legislation.

A spokeswoman for NSW roads minister Duncan Gay  told the ABC the NSW government said it had a zero-tolerance policy when it came to drug-driving.

The spokesman said roadside tests were followed up with laboratory tests and 97 per cent of tests ‘matched’.

She told the ABC the research they had indicated drugs were only detected in a person’s saliva for 12 hours after being ingested. 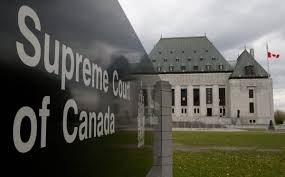 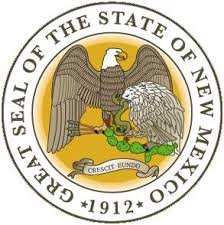