Cate Faehrmann A Member of the NSW Legislative Council representing the Greens has presented the following.

I’m writing to update you on a couple of drug law reform bills that we’ll be progressing in the NSW Upper House over the next fortnight.

This bill  was presented to the Legislative Council late last week

The bill provides an exemption from a drug driving offence if an individual has been prescribed and used a medicinal cannabis product in accordance with the Poisons and Therapeutic Goods Act 1966 or a corresponding Act of another State or Territory.

The bill seeks to address the injustice that is faced by the thousands of users of legally prescribed medicinal cannabis who are at risk of a drug-driving offence.

The United Kingdom, New Zealand, Norway, Germany, and Ireland all provide for a ‘medical defence’ for prescribed users of medicinal cannabis.

Tasmania is the only Australian state that currently provides a defence for medicinal cannabis users against a drug driving charge., Similar legislation is before the Victorian and South Australian parliaments.

The bill will not be debated until 2022.

A link to the bill and 2nd reading speech can be found here.

Faehrmann  will be bringing her bill to establish a pill testing up for debate in the Legislative Council Thursday 18 November two years after introducing it in November 2019.

Debate on the pill was postponed due to the pandemic. As covid restrictions ease in the lead up to summer and festivals returning, we believe it’s important to keep the pressure on the NSW Government to introduce a pill testing trial.

This bill will allow for:

A link to the bill and 2nd reading speech can be found here.

Cate will be bringing the Greens bill to legalise personal cannabis use, which was introduced in February this year, up for debate on Thursday 25 November.

A link to the bill and 2nd reading speech can be found here and a copy of the Greens discussion paper on the bill is attached. 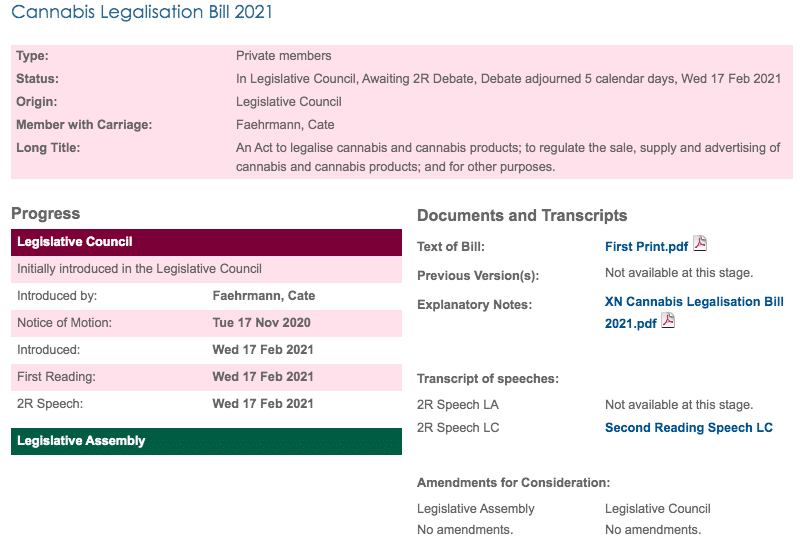 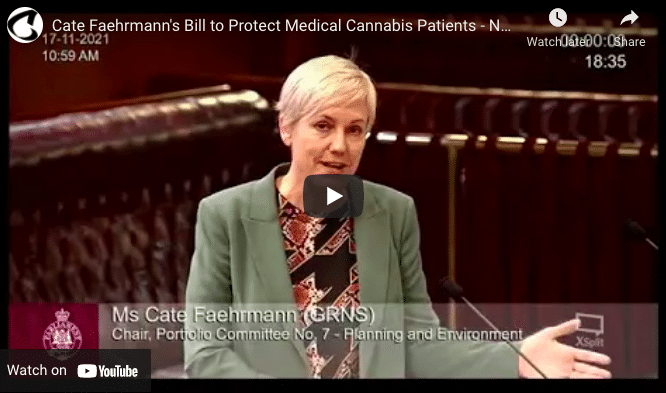