Australia: One Of World’s Biggest Medicinal Cannabis Grow Facilities To Be Built In Victoria Says Cannatrek

Cannatrek has received council permission to build a $160 million production facility near Shepparton. and claims it will be one of the world’s largest medicinal cannabis facilities, creating more than 400 jobs a year for the region.

Press reports  say that the facility will include a 160,000m2 growing area under a “giant high-technology” glasshouse, on about 72ha of land previously bought by the company.

When operating at full production, it aims to produce around 160 tonnes of medicinal cannabis a year.

“We believe that the region will become a major centre for the production of medicinal cannabis,” Cannatrek chief executive Tommy Huppert said.

“Our aim is to cultivate, process and manufacture affordable medicinal cannabis as a clean, green, therapeutic product of choice for hundreds of thousands of patients in Australia and overseas,” he said.

“Cannatrek Limited met the planning requirements and we hope this investment attracts others to invest in our region,” she said. 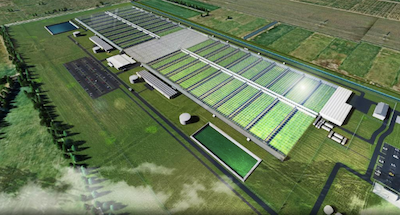