Using and possessing cannabis and MDMA should be legalised in Queensland, the state’s regulatory review body says.

Criminalising drugs has failed to cut down on its use and supply, Queensland’s Productivity Commission found.

“Despite this, the Queensland government spends around $500m enforcing drug laws and imprisons around 1840 people per year,” its report says.

It comes as the Australian Capital Territory relaxes laws around personal cannabis use, with people there now allowed to possess up to 50 grams of the drug and grow two plants.

But the Queensland government rejects the commission’s call, saying in its response to the report that it has no intention of altering drug laws.

The commission recommends legalising the use and supply of cannabis and MDMA in a staged reform process.

It analysed the cost of keeping people behind bars as part of its study, with the government shelling out $111,000 in direct costs and $46,000 in indirect costs per person each year.

“Without action to reduce growth, the government will need to build up to 4200 additional cells by 2025,” it says, which would cost $3.6 billion.

Adopting its proposed reforms would save $270 million a year in prison costs without compromising safety, the commission says.

Deputy Premier Jackie Trad says there is no question that people who commit serious crimes should go to jail.

“But given the costs of keeping prisoners in prison, we need to examine whether that is the best option for people who repeatedly fail to pay fines, or are repeatedly arrested with small amounts of drugs for personal use,” she said.

“That’s especially true if that prison sentence pushes a small-time offender towards a life of more crime, rather than rehabilitation.”

– More than 1000 prisoners are released each month. More than half will reoffend within two years.

– About half of prisoners have been in hospital for a mental health issue and/or subject to a child protection order.

– Many offending behaviours can be addressed through victim restitution and restoration, community-level interventions and diversionary approaches.

SUMMARY OF ALL REPORTS 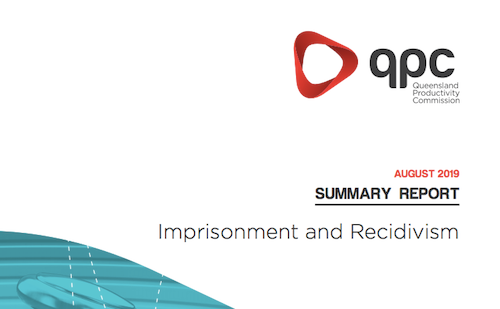