Duh!!!  How about creating an environment where patients can get hold of prescriptions without being shoved through endless hoops and having to fork out huge sums of cash 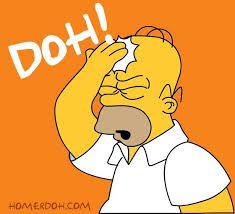 This is, in fact, is closer to reality from Tasmania although we do wish that the Greens would stop just pushing medical cannabis and start talking about adult use as well

Under questioning from the Greens in Budget Estimates today, Health officials confirmed the government has knocked back more than half the applications made by medical specialists for the use of medicinal cannabis for their patients.

Of 39 applications made by specialists on behalf of their patients, only 17 were accepted by the Health Department.

Tasmanian patients, with conditions that are unmanageable through other options, who sought access to this widely recognised treatment have already suffered too long. These patients and their families have had obstacles placed in their way by the Liberals in government.

Previous Health Minister, Michael Ferguson designed the Controlled Access Scheme for medicinal cannabis, and made it so controlled that barely anyone can access it.

The exasperatingly low figure divulged today is yet more evidence of the Liberals’ ideological opposition to medicinal cannabis. It follows a Senate Committee singling out Tasmania as the only state that has refused to join the national scheme for access.

The Senate’s Community Affairs Reference Committee examined a range of barriers to patient access for medicinal cannabis, and released its report in March 2020. The report recommended Tasmania drop its go-it-alone approach that’s been designed to prevent patient access, and instead join all other Australian jurisdictions in participating in the Therapeutic Goods Administration’s access program.

The Senate Committee not only thought it necessary to single out Tasmania’s approach to medicinal cannabis, but also included the comments of federal Health Minister, who said he is committed to raising the issue of medicinal cannabis access in Tasmania “at every opportunity he has.”

It’s not only shameful, it lacks compassion and fails to put patients ahead of ideology.

When it comes to medicinal cannabis, the State Liberals’ policies are even too conservative and ideological for the Morrison Government. The medicinal cannabis scheme should be an affordable, accessible  opportunity to help patients – many of which are facing heartbreaking circumstances.

While Michael Ferguson was the ideological architect of the Controlled Access Scheme, we hope Minister Courtney will rebuild.

We will continue to press the Gutwein Government to catch up to the rest of Australia, and to treat both patients and medical professionals with the respect and compassion they deserve.