Cannabiz Australia have just published an article interviewing  Australia’s medical cannabis “industry leaders” talking about the country’s cannabis sector and their comments are like listening to Scott Morrison (Australia’s Prime Minister) talk about women’s issues in Australian society at the moment post the Porter ( Australia’s Attorney General ) revalations, so divorced from reality it is almost terrifying

We wouldn’t say they are clueless but rather that they are both deaf and blind to the reality that is regulated cannabis for patients and those who would want to use cannabis recreationally without being criminalized.

Unfortunately , unsurprisingly, they can only see cannabis through a prism that allows for listings, acquisitions, profit, export etc etc.

Meanwhile it is well known here in Australia that it is nigh on impossible to patients to access reasonably priced flower because these companies are using export to shore up share price and patients are waiting on decisions in Canada to get medicinal cannabis imports.

We won’t mention subsidies, political gladhandling and the fact that one “industry leading company” here weren’t even smart enough to get insurance so that when they were phished on a money transfer they lost investors a hefty sum of cash.

In the UK we’d call this “extracting the Michael”

Here are some of our favourites…. and …seriously with names like Cocks & Crock you couldn’t make this stuff up

Praise for Australia’s stringent quality requirements was echoed by Cronos Australia chief executive Rodney Cocks, who said the standards are being recognised around the world…… Not only is it a commercial decision, but one made “through the lens of a patient”.

Read more of this at

‘Reputation arrives on foot, and leaves on horseback’: industry urged not to rush to profitability 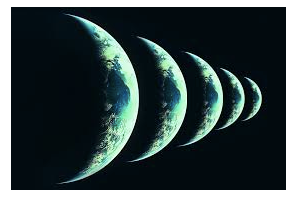