The federal government has announced it will pour millions of dollars into clinical trials using psychedelics like magic mushrooms and MDMA to see if they can help treat debilitating mental illnesses.

What’s this trial looking at?

The government is investing $15 million in grants to support Australian-led research into the use of magic mushrooms, ecstasy and ketamine to combat illnesses like post-traumatic stress disorder (PTSD), major depressive disorder, addiction disorders and eating disorders.

Health Minister Greg Hunt said it was vital the government continued to search for new and better treatments for mental illness.

“The early results of trials in Australia and internationally are extremely encouraging,” he said.

“But more research is desperately needed before these approaches can be used by psychiatrists outside of controlled clinical trials.

“This grant opportunity will boost local research into potentially life-saving therapies and offers hope to all those suffering from mental illness, including our veterans and emergency service personnel dealing with the devastating effects of PTSD.”

Why is the government funding these trials?

It’s estimated 4 million Australians experience a mental health disorder every year, and almost half of all Australians will be affected at some point in their lifetime.

Many of the standard treatments for these illnesses vary greatly in how effective they are, and there haven’t been many major pharmaceutical discoveries in this area in recent years.

At the same time, once dismissed as dangerous party drugs, psychedelics are gaining mainstream acceptance in the medical world as ways to treat mental illnesses such as depression and PTSD.

The idea of treating mental illness with psychedelics has been around for a while (even centuries in some cultures), but there’s been a gap in the research into their potential use as a treatment for mental illnesses because they were declared prohibited substances in the 1960s.

But that could change, depending on these trial results.

Read the full article at  https://www.abc.net.au/news/2021-03-17/federal-government-research-psychedelics-treat-mental-illness/13256584 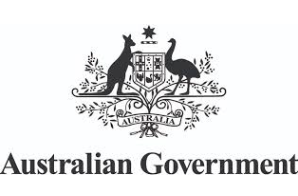