Australian Primary Hemp (ASX:APH) has sealed a deal to stock its hemp-based baking products in Woolworths.

Hemp is a variety of cannabis grown specially for its fibre and has low levels of THC.

But from March the cannabis stock’s baking products branded as Mt Elephant will be on Woolworths shelves.

Australian Primary Hemp told shareholders it anticipates annual retail sales value to be $2.3 million per year. The term of the agreement is subject to meeting Woolworths’ sales performance criteria.

‘We’re really pleased about it’

CEO Neale Joseph told Stockhead the news was big for his company although he looked at the deal from the angle of offering plant-based nutrition generally rather than hemp or cannabis based.

“We’re really pleased about it and very encouraged,” he said.

“There is a very strong consumer trend toward plant-based nutrition, if there wasn’t that trend the retailers wouldn’t be looking for products that met those needs.

“These are global trends continuing to grow and grow and COVID and other trends have accelerated that to a large degree.”

Australian Primary Hemp shares are up 124 per cent in the last 12 months.

However they did not move today, being in a trading halt pending a capital raising.

Who else is selling their produce at supermarkets?

There’s no shortage of large caps servicing Coles and Woolworths but only a handful of small caps and one other cannabis stock.

There is one other ASX small cap selling plant-based foods, into Coles albeit non-cannabis based.

This morning, Maggie Beer gave its quarterly update in which it announced record sales in the first half of FY21.

While it did not specifically mention its Coles deals it noted “traditional go-to-market retail channels” performed above expectations. Ecommerce sales impressed the most, rising 167 per cent compared to the prior corresponding period.

Two other food stocks are Australian Dairy Nutritionals (ASX:AHF), which is responsible for the Camperdown Dairy products; and Fiji Kava (ASX:FIJ), which sealed a deal with Coles to supply its kava products in February last year.

There is one other non-food small cap selling to Woolworths in Secos Group (ASX:SES). This company sells bin liners which are made from compostable plastics.

At Stockhead, we tell it like it is. While ECS Botanics is a Stockhead advertiser, it did not sponsor this article. 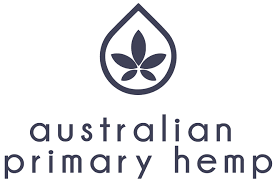