The Maricopa County Attorney’s Office announced efforts to help with the expungement of prior marijuana convictions as a result of Proposition 207, passed by Arizona voters in the November 2020 election.

The ballot measure legalized the recreational use of marijuana by adults 21 and older and beginning July 12, 2021, specifically by allowing individuals to possess up to 1 ounce of marijuana and up to 6 marijuana plants and set up a licensing system for dispensaries to sell it. It also allows anyone convicted of marijuana-related crimes to petition for the expungement of their criminal record.

After the election, Maricopa County Attorney’s Office immediately began filing motions to dismiss pending cases in Maricopa County covered by the new statute. As a result, over 5,000 charges related to the use, transportation or cultivation of recreational marijuana are in the process of being dismissed or dropped to date.

“I believe that the will of the voters should be implemented as efficiently as possible,” Maricopa County Attorney Allister Adel said in a statement. “My office has been working for months to identify a system to assist individuals seeking to have their criminal record expunged per statute.”

Allister said that his office is expected to file over 6,900 stipulated motions to expunge convictions on July 12.

“We appreciate the partnership of the many agencies and non-profits who have worked to create a system that will be accessible and easy to use for those in our community seeking to expunge their record,” she said

The expungement process is free.

The courts’ expungement forms and instructions are available online at azcourts.gov/prop207 and can be filed beginning on July 12.

Individuals can only file cases where the quantity of the drugs involved in the case are below the amounts allowed by Prop. 207, the defendant or juvenile does not have any pending felony cases, and the defendant or juvenile has not been convicted of any felony, other than an offense covered by Proposition 207, since the conviction for which they are seeking expungement.

When an individual’s charges are deleted as a result of Prop. 207, the case file and law-enforcement records are sealed, the conviction and sentence are dropped, the individual’s criminal record will be sealed and made no longer be available to the public, and in most cases, the individual will not be required to disclose their previous conviction or sentence.

“Expungement seals all the records of your arrest and/or conviction—which means only you and your attorney have access to those records. Not employers, not landlords, not the public,” Demitri Downing, founder of the Marijuana Industry Trade Association of Arizona (MITA AZ), told The Center Square. “In this way, Prop 207 expungement can have a huge impact on those with prior marijuana convictions.”

Downing believes that Prop. 207 was an important change to Arizona law.

“It is good for Arizona and Arizonans as those who were harmed by a policy of prohibition that has been now shown to be a broken management model for dealing with marijuana will no longer have to pay a price or suffer unnecessary negative consequences,” Downing said. 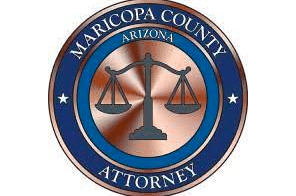