In 2017, Fincann pioneered publication of recommended guidelines and protocols for compliantly and sustainable banking cannabis industry business customers, and defined standardized compliance tiers based upon the AML risk levels presented by each. At the same time, a respected colleague presented a similar tier system widely adopted by the banking community (largely due to their superior market reach at the time).

The dilemma Fincann encountered with our colleague’s definition is that an ancillary company making a sale for $50,000, $150,000 or more paid in cash (or even electronically) requires Tier Two compliance protocols, due diligence and reporting but if these cash transactions, combined with whatever other business a company conducts with Tier One companies constitutes less than 50% of their total revenue, they would be subject to Tier Three protocols according to our colleague, which would constitute inadequate and thus unsustainable compliance.

Case in point: one of Fincann’s early clients was a $100M/year national distributor of smoking accessories which conducted business with convenience stores, smoke shops, unlicensed marijuana dealers, and licensed dispensaries. They had an opportunity to add large licensed cannabis cultivators as clients, but at the time these clients could only pay for their $50,000 – $200,000 orders in cash, since they had no bank accounts. Even though the orders were sizeable, they still only represented a tiny fraction of this distributor’s overall revenue, but there was no way a $100,000 cash order could be compliantly banked under the less rigorous Tier Three standards.

As a result, and drawing upon this and similar actual client examples, it was more sustainable guidance to differentiate Tier Two from Tier Three not by the percentage of aggregate business a company derived from Tier Ones, but rather by the size (and composition) of their monthly transactions with such entities. 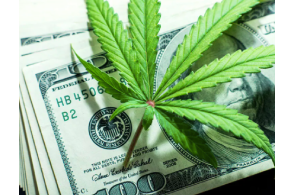