Beckley Psytech, the psychedelic medicine company, has raised £3m of Series A funding to develop a pipeline of psychedelic drugs into licensed pharmaceutical medicines for treating psychiatric and neurological diseases.

Investors in the round include prominent British businessmen Jim Mellon and Richard Reed, co-founder of Innocent Drinks.

Amanda Feilding, Countess of Wemyss and March, is an English drug policy reformer, lobbyist[1] and research coordinator. In 1998 she founded the Foundation to Further Consciousness, later renamed to the Beckley Foundation,[2] a charitable trust which initiates, directs and supports neuroscientific and clinical research into the effects of psychoactive substances on the brain and cognition. She has also co-authored over 50 papers published in peer-reviewed journals, according to the Foundation.[3] The central aim of her research is to investigate new avenues of treatment for such mental illnesses as depression, anxiety and addiction, as well as to explore methods of enhancing well-being and creativity.

Feilding has been a proponent of exploiting the cognitive effects of cannabis since the 1960s. She has experimented with trepanning, drilling a hole into the skull to expose the dura mater, a technique used in some cultures to treat mental illness, and considered by some to provide a calming effect or a higher state of consciousness.[2]

Feilding is also a proponent of the use of LSD to trigger long-term improvements in creativity.[4]

About the Founder & Director

“The best way to overcome the taboo, and re-integrate psychedelics into the fabric of society, is by undertaking the very best scientific research.” – Amanda Feilding Amanda Feilding has been called the ‘hidden hand’ behind the renaissance of psychedelic science, and her contribution to global drug policy reform has also been pivotal and widely acknowledged. Amanda was first introduced to LSD in the mid-1960s, at the height of the first wave of scientific research into psychedelics. Impressed by its capacity to initiate mystical states of consciousness and heighten creativity, she quickly recognised its transformative and therapeutic power. Inspired by her experiences, she began studying the mechanisms underlying the effects of psychedelic substances and dedicated herself to exploring ways of harnessing their potential to cure sickness and enhance wellbeing. In 1996, Amanda set up The Foundation to Further Consciousness, changing its name to the Beckley Foundation in 1998. She realised that the potential harms and benefits of cannabis and psychedelics could only be adequately assessed by developing a sound scientific understanding of their mechanisms of action. Through the Foundation, she set about using cutting-edge brain imaging technologies to examine the neurophysiological changes underlying altered states of consciousness. Her long-held aim is to further our understanding of consciousness and how changes in cerebral circulation and neuronal activity underlie the effects of various psychoactive substances, so that we can better harness their potential to improve the human condition. Having watched the development of the ‘War on Drugs’ with dismay, Amanda felt compelled to do whatever she could to draw attention to its devastating and unintended consequences. Bringing together a network of leading international scientists, politicians and drug policy analysts, she was among the first to begin creating a scientific evidence-base to help reform global drug policies, in order to better protect health, reduce harms and economic costs, and uphold human rights. From 1998, she initiated and hosted a series of eleven international seminars at the House of Lords, discussing key policy issues and drawing attention to the ignored topics of cannabis and psychedelics. These seminars, and the reports arising from them, were highly influential in changing attitudes among thinkers and policy-makers worldwide. Through the Beckley Foundation’s Policy Programme, Amanda has commissioned and published over 40 books, reports, and policy papers which have analysed the negative consequences of the criminalisation of drug use, and laid out possible alternatives which could protect public health, diminish violence and governmental costs, and protect human rights. Over the years, her advice has been sought by presidents and governments, and in 2011, she wrote the influential public letter calling for drug policy reform, which was signed by presidents, Nobel laureates, and other notables. Through her leadership of the Beckley Foundation’s Science Programme, Amanda has initiated much ground-breaking research and has co-authored over 50 scientific articles published in peer-reviewed journals. She collaborates with leading scientists and institutions around the world to design and direct a wide range of scientific research projects (including clinical trials) investigating the effects of psychoactive substances on brain function, subjective experience, and clinical symptoms, with a focus on cannabis, the psychedelics (LSD, psilocybin, ayahuasca, DMT, 5-MEO-DMT) and MDMA. This pioneering research has not only shed light on the mechanisms of action and therapeutic potential of these substances, but also on consciousness itself. This has led to a groundswell of interest in, and recognition of, the possible benefits that careful use of these extraordinary compounds can bring. The research that Amanda has initiated has shown that psychedelics hold great promise in helping individuals with illnesses such as treatment-resistant depression and addiction. Furthermore, in her role as co-director of the Beckley/Imperial Research Programme, she helped generate the world’s first images of the brain on LSD, one of her long-standing ambitions. While her first love is the science, Amanda continues to bridge the divide between science and drug policy: her pioneering psychedelic research is providing the scientific evidence to fuel a fair debate on drug policy reform. Such reform will, in turn, allow for research on currently prohibited psychedelic substances to flourish, uninhibited by regulatory obstructions. Ultimately, the goal of Amanda’s work is to make psychedelics and cannabis into approved medicines, so that they can be legally prescribed at clinics for those in need. 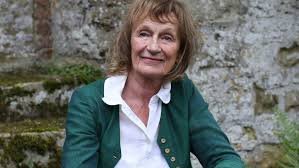