Bernie Sanders Appears On Rogan Podcast, “What I called for then and I call for now is the legalization of marijuana in America,”

Rogan brought up the flourishing black market in states like California. Though consumers prefer regulated, legally grown cannabis, the majority of consumers live in states without legalized cannabis. As a result, they buy unregulated, pesticide-filled bud, which sometimes contains traces of feces.

Rogan proposed this is a problem directly caused by cannabis prohibition.

“What I called for then and I call for now is the legalization of marijuana in America,” Sanders said. “Right now you have a federal law — it’s called the Controlled Substance Act. Here’s heroin, here’s marijuana — they’re at the same level. That is insane.

“Heroin is a killer drug,” he continued. You can argue the pluses and minuses of marijuana, but marijuana ain’t heroin. So we have to end that. That’s what I will do. As President of the United States, I believe we can do that through executive order. And I will do that.” 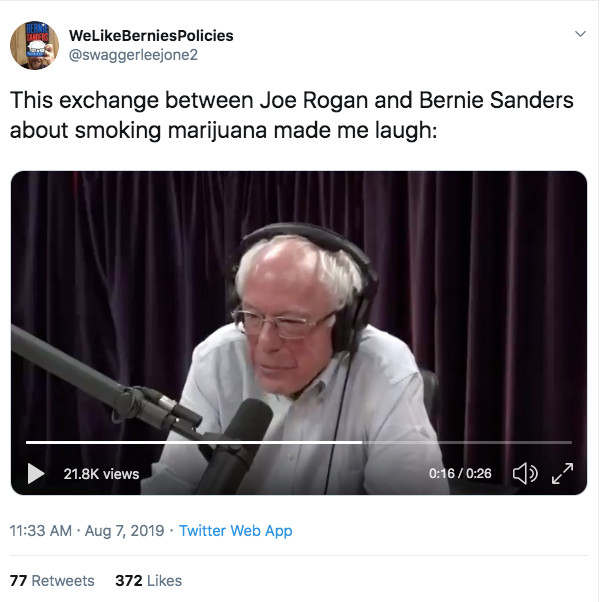 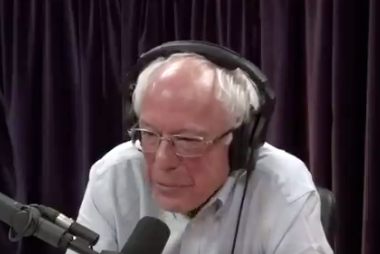