One card had been soaked in LSD similar to a scene from movie In The Name Of The Father !

Prison staff have been warned to be mindful of birthday cards sent to inmates after it emerged some had been laced with drugs.

The shocking method of smuggling narcotics came to a staff member’s attention when a prisoner appeared to be getting a large amount of greeting cards in quick succession.

The cards were checked for drugs when it transpired the inmate’s birthday was not for another couple of months.

They came back positive for LSD and appear to have been soaked in the mind-altering drug before being dried out and sent in to the inmate, who then licked the paper to get high.

A prison source told the Irish Sunday Mirror the inmate managed to get the drugs under the noses of unsuspecting staff during lockdown.

The source said the idea was similar to a scene from movie In The Name Of The Father when Daniel Day-Lewis’s character is given an LSD-laced piece of a puzzle by a fellow inmate.

The source said: “Prison staff are highly trained to keep a close eye on everything that is sent into inmates but nobody would have suspected drugs were in a birthday card. 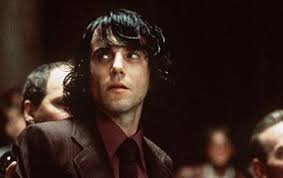