We were prompted to write this article by the five items identified by California NORML in its news of the week.  “News” relating to California’s cannabis industry appears to be of the same ilk as the “News” each day from our Capitol.  “News” and “Fake News” like “Beauty” are in the eye of the beholder.

Consider for a moment the significance of the first article.  We have already pointed out that Part IV of the Guidelines published on August 6th by the Office of the Attorney General is nonsense because the author(s) lacked a basic understanding of cooperatives.  [See Guidelines for the Security and Non-Diversion of Cannabis Grown for Medical Use and let’s not forget the original from AG Brown in 2008 GUIDELINES FOR THE SECURITY AND NON-DIVERSION OF MARIJUANA GROWN FOR MEDICAL USE Why does California NORML consider it noteworthy that the AG published guidelines relating to medicinal cannabis?  Why guidelines about medicinal cannabis but not adult-use cannabis? 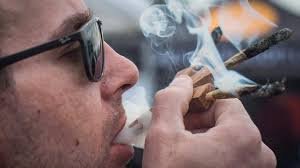 In this article, we will concentrate on the adult-use market.  This market is where the investment money is going.  We are writing this article because we are puzzled.  We are writing to share our puzzlement with our readers.  Consider the three BUSINESS articles identified by California NORML as important.

What percentage of the cannabis referenced in each of these three articles is medicinal cannabis as distinguished from adult-use cannabis? New York Times Article Reports California’s Cannabis Black Market Is Growing Not Receding.

California now has the biggest legal marijuana market in the world. Its black market is even  more significant.

Outside Lands’ Grass Lands sold seven figures worth of cannabis. How much weed is that?

We have written the preceding as the foundation for describing our frustration with the recurring publication of alarmist headlines and misleading articles.  We started with the premise that two points headlined in multiple articles over the past few weeks do not mesh.

One point is that California’s legal cannabis market for 2019 is projected to be $3.1B, and the black market will be $8.3B.

[ California now has the biggest legal marijuana market in the world. Its black market is even bigger]

The second point is that California’s projected cannabis tax revenue will be only $345M.

Our first question is whether the $3.1B in projected cannabis sales for 2019 is based on the total amount consumers will pay or the net amount the seller will receive, and does it include or exclude the point-of-sale taxes collected from the consumer?  It makes a huge difference.  In most instances, the seller will collect 25%-30% in addition to the nominal retail price.  The additional amount collected consists of Cannabis Excise Tax (“CET”) (15%), Sales Tax (8.75%), and local cannabis taxes.  If the $3.1B in projected revenue from cannabis sales is after the exclusion of point-of-sale taxes, the CET collected in connection with the $3.1B of sales is significantly more than Governor Newsom’s projected cannabis tax revenue.  CET collections should be $465M (15% x $3.1B).

In addition to CET, California collects Cannabis Cultivation Tax (“CCT”) from a consumer, although CCT is only indirectly collected from the consumers.  CCT is indirectly collected because it is included in the sales price.  CCT should be approximately 4.0% of the retail sales price of cannabis.  Based on projected sales of $3.1B, California should collect $124M in CCT from $3.1 of cannabis sales.  If the total cannabis sales in California are $3.1B, California should collect a total of $589M in cannabis taxes in 2019.  This amount is far more than Governor Newsom’s revised projections of 2019 cannabis tax revenue.

The preliminary analysis, of course, assumes California will receive the cannabis taxes collected from cannabis consumers.   We have pointed out [See California Cannabis Regulation Blunders, California Cannabis Taxes: Missing or Uncollected? and Colossal Cannabis Fiasco], that the failure of the California Department of Tax and Fee Administration (“CDTFA”) to establish proper systems and process for the collection, reporting and remission of CET and CCT is the cause a significant portion of the CET and CCT to disappear into various black holes.

If the $3.1B in legal cannabis sales includes all of the point-of-sale taxes collected from consumers, the amount of CET and CCT will shrink by approximately 10%.  However, this lesser amount ($530M) is still significantly larger than Governor Newsom’s projected 2019 cannabis tax revenue.

Let us suppose as a premise the $3.1B of California’s legal cannabis sales represents a total of 200 tons (400,000 lbs.) of flower and trim that was converted into retail products and sold.  Further, let us suppose these sales include all taxes.  Should we assume California’s underground cannabis sales reflects the purchase on the street of 550 tons of flower and trim?  Such an assumption is ridiculous.  Street prices of cannabis in California will range between 20% and 50% of dispensary prices for the same cannabis material.

The sole purpose of this second exercise is to demonstrate that comparing $3.1B in legal cannabis sales revenue to $8.3B in black market cannabis sales revenue is not particularly meaningful.  A comparison of cannabis sales based on dollars is not meaningful without an adjustment for taxes and price differential.  Underground sales of cannabis compete with the legal market because underground prices are generally a modest fraction of dispensary prices for the same material.  The total tax load on legal sales of cannabis consumes approximately 45% of the consumer dollars paid for the cannabis in California if all of the tax dollars make it to the governmental agencies that impose these taxes.

There is another major complication we must mention – the grey market.  California’s cannabis market cannot be divided into a legal market and a black market.  A very substantial portion of the commercial cannabis activity in California is semi-legal.  Consider the number of dispensaries that are locally licensed but largely ignore the State of California.  Another complication is created by cannabis delivery services that skirt local law but are State licensed.  If every California cannabis delivery service collects the correct amount of tax from consumers, what percentage of the CET and CCT collected from consumers will be paid over to CDTFA?