The new cannabigerol (CBG) product will be sold under the MediCabilis brand as “MediCabilis CBG 50” in the U.K.  CBG is a non-intoxicating cannabinoid compound in the cannabis plant, which research has shown can address alternative therapeutic areas to THC and CBD.

The launch follows research and development assessments, as part of the company’s approach to developing specific cannabis cultivators and product formats for current and future product development.

The company says the market for CBG is in its early stages and is expected to grow significantly over the coming years.

Initially, Bod says it will focus on launching the product in the U.K. through select doctors and healthcare physicians.

This announcement comes after a strong quarter on MediCabilis prescription growth in the U.K. During Q3 FY2021 the company filled 59 MediCabilis units, marking a 90 per cent increase on the previous quarter.

Bod says it expects continued growth of U.K. MediCabilis prescription volumes following the launch of its new CBG product and the ongoing education initiatives to promote the company’s products.

“The launch of a new CBG product, under the widely recognised MediCabilis brand, will provide the Company with a number of opportunities to increase prescription sales and scale-up research and development,” said Bod CEO Jo Patterson.

“To further scale up U.K. medicinal cannabis sales, Bod is progressing educational initiatives, as well as working with large industry bodies to grow its market share,” she added.

“This is a similar approach to how the Company has tackled the Australian market and we expect growth to continue over the remainder of the calendar year and beyond,” she concluded. 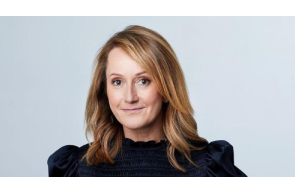