Entangled Life: How Fungi Make Our Worlds, Change Our Minds and Shape Our Futures

One of biology’s enduring struggles since Darwin’s time has been to throw off the hierarchy in which all living things are judged by their proximity to the supposed pinnacle of evolution: humans. If we measure evolutionary success in terms of sheer biomass, bacteria outweigh all animals on Earth by a factor of about 35, while the humble fungi exceed the world’s fauna by around sixfold. Evolution, as the biologist Stephen Jay Gould unflaggingly tried to explain, has no overarching goal: it is not trying to make organisms that are more complex or smarter. It is merely the process by which every lineage of organisms adapts to thrive in its own niche—and evidently, simplicity is often the best solution.

Yet the biological sciences themselves are still trapped in human-centred thinking. There is a pecking order in which the study of humans—even if at the reductionistic level of genes and cells—has primacy, with mice and fruit flies close behind as convenient proxies for trying to unravel our own biology. At the other end of the complexity scale, bacteria are well studied, in part because they are so ubiquitous and important to our own wellbeing, but also because their simplicity and the ease with which they can be grown in the lab makes them useful for understanding the basic processes of human (and other forms of) life: how genes are replicated, how enzymes work. 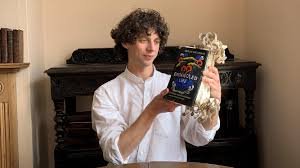 Plant biology, meanwhile, though important for agriculture, remains underappreciated. But even plants enjoy greater status than fungi, the third of the multicellular branches (along with animals and plants) on the “eukaryotic” limb of the tree of life (that is, those organisms with complex cells that partition their genes in nuclei). Part of mycologist Merlin Sheldrake’s purpose in Entangled Life is to stick up for mushrooms—and indeed to explain why there is much more to fungi than mushrooms alone. Mycology, the study of fungi, is a “neglected megascience,” in the words of one of its practitioners—yet you don’t have to delve very deep into it to be intrigued. Consider the “zombie fungus” Ophiocordyceps unilateralis, which infects a species of ant and in effect takes over the insect’s brain. An infected ant is compelled to lose its instinctive aversion to heights, clamber up a plant, and lock its jaws into the plant tissue. What follows sounds like a nightmare out of science fiction. The fungus stitches the ant’s feet to the plant surface, grows through and digests the body, and sprouts mushroom-like from the head to spread its spores 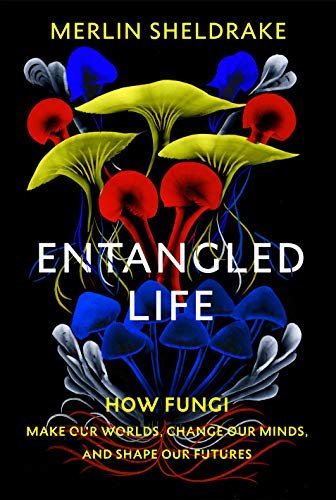