Boozy Boss Says of Canopy Cannabis Chief, “We needed a different leader to take us to the next phase of growth.”

We love a little or should we say a lot of alliteration, but that noted, he might as well have called Linton an old school stoner according to the tone of this report in MRR.

Here’s the report from MRR and it’s almost as though Newlands sees Linton like this.

To continue to dominate in cannabis, the board of Canopy Growth decided the company needed a focused leader at its helm.

Apparently, that leader wasn’t Bruce Linton. In an interview with CNBC’s Jim Cramer, Bill Newlands, CEO of Constellation Brands, gave more details around the abrupt departure of Linton from the top role at Canopy Growth Corp Wednesday. Shares of the cannabis company fell as much as 6% on the news last week.

Linton’s termination was not a result of spending, nor poor booking, Newlands said. It was instead because the board “needed focus” to push forward into great opportunities seen in the cannabis space, which experts say could grow to be a $200 billion business.

“Canopy is best positioned of anyone in the industry to take advantage of that,” Newlands told CNBC.

But he continued to say the board wanted to be sure that the company is making the right investments in foreign factors to win the markets that matter — notably Canada and the US.

“Our board was uniform,” Newlands said. “We needed a different leader to take us to the next phase of growth.” 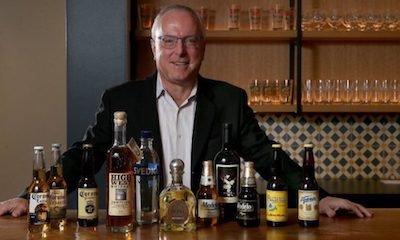