This just came in over the wires, so to speak

NEW YORK, Oct. 02, 2020 (GLOBE NEWSWIRE) — Bragar Eagel & Squire, P.C., a nationally recognized shareholder rights law firm, announces that a class action lawsuit has been filed in the United States District Court for the District of New Jersey on behalf of investors that

Purchased Aurora Cannabis, Inc. (NYSE: ACB) securities between February 13, 2020 and September 4, 2020 (the “Class Period”). Investors have until December 1, 2020 to apply to the Court to be appointed as lead plaintiff in the lawsuit.

In 2018, the Canadian government approved the Cannabis Act, which legalized and regulated the use of recreational cannabis. In response to the statute’s approval, and the corresponding surge of the recreational cannabis industry, Aurora completed a series of acquisitions to expand the Company’s presence and increase its distribution, including the Company’s all-share purchase of the Canadian medical cannabis producer MedReleaf for total consideration of 3.2 billion Canadian dollars. Like many other companies in the cannabis industry, however, the Company encountered a variety of difficulties as the industry surged, including, inter alia, overproduction, regulatory delays, and competition from the black market.

On February 6, 2020,shortly before the start of the Class Period, Aurora issued a press release announcing, inter alia, a “business transformation plan,” to “better align the business financially with the current realities of the cannabis market in Canada while maintaining a sustainable platform for long-term growth.” Specifically, the press release touted that the plan was “expected to include significant and immediate decreases in selling, general & administrative (“SG&A”) expenses and capital investment plans.”

On September 8, 2020, Aurora issued a press release “announc[ing] an update on its business operations along with certain unaudited preliminary fiscal fourth quarter 2020 results.” Among other things, Aurora announced that the Company expected to record up to $1.8 billion in goodwill impairment charges in the fourth quarter of 2020. The Company also announced that “previously announced fixed asset impairment charges[ were] now expected to be up to $90 million, due to production facility rationalization, and a charge of approximately $140 million in the carrying value of certain inventory, predominantly trim, in order to align inventory on hand with near term expectations for demand.”

(i) Aurora had significantly overpaid for previous acquisitions and experienced degradation in certain assets, including its production facilities and inventory;

(iii) accordingly, it was foreseeable that the Company would record significant goodwill and asset impairment charges; and

(iv) as a result, the Company’s public statements were materially false and misleading at all relevant times.

If you purchased Aurora securities during the Class Period on an American Exchange and suffered a loss, have information, would like to learn more about these claims, or have any questions concerning this announcement or your rights or interests with respect to these matters, please contact Brandon Walker, Melissa Fortunato, or Marion Passmore by email at investigations@bespc.com, telephone at (212) 355-4648, or by filling out this contact form. There is no cost or obligation to you.

About Bragar Eagel & Squire, P.C.:
Bragar Eagel & Squire, P.C. is a nationally recognized law firm with offices in New York and California. The firm represents individual and institutional investors in commercial, securities, derivative, and other complex litigation in state and federal courts across the country. For more information about the firm, please visit www.bespc.com. Attorney advertising. Prior results do not guarantee similar outcomes.

Aurora Cannabis Stock: Love It or Leave It?

Should you consider this pot stock after its fourth-quarter results?

Canadian marijuana company Aurora Cannabis (NYSE:ACB) had a dreadful 2019; its stock lost 56% of its value over the year, compared with a 36% decline in the industry benchmark Horizons Marijuana Life Sciences ETF. External headwinds in Canada, along with Aurora’s own haphazard acquisitions, dragged down revenue and made profit challenging, while expenses kept piling up. All these factors led to its decline, and hopes of the company recovering anytime soon were minimal.

Aurora Cannabis increases executive compensation after layoffs, $3.3B in losses

Aurora Cannabis Inc. handed out millions in compensation and salary increases to executives as the company was laying off more than 1,000 workers and reporting billions in losses.

The Edmonton-based cannabis company’s management proxy circular released this week ahead of the company’s annual meeting in November shows all six of its named executive officers — a company’s most highly compensated and prominent workers — took home larger salaries or saw a spike in share- or option-based awards and other incentive plans.

For some, the increases for the fiscal year ended June 30 doubled the value of the compensation they received the year prior and tripled what they received a few years ago. 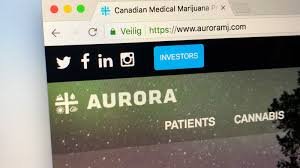