Brazil’s IPSEC (Cannabis Social and Economic Research Institute) has launched  a service that will monitor the legal environment involving cannabis in Brazil .

The entity will use software to accompany the proposals that are presented in the country’s legislative houses, at the municipal, state and federal levels. According to the institute, the service will be permanent and free, being accessible through the IPSEC website .

According to the entity’s president, businessman Bruno Pegoraro, the idea is to publicize information about projects on cannabis regulation underway in the country and promote a closer relationship between society and decision-making centers, such as the Legislative and Executive branches. “We want to increase the public of discussion (of the theme), bringing light to the debate”, he says. “We are going to show that projects already exist and encourage other initiatives to emerge.”

According to the first survey released by IPSEC, there are currently at least 27 proposals being processed at the three levels of the country’s Legislature, with the absolute majority (72.6%) being in the Legislative Assemblies. Second, with the highest number of proposals comes the Federal Chamber, with 27.2% of the proposed bills. In third position is the Senate, with 18% and, finally, the City Councils, with only 4.5% of the initiatives.

Absolute leader in visibility is PL 399/2015 , by deputy Fábio Mitidieri (PSD-SE), which has been in the Chamber for six years and, last year, was perfected by means of a substitute. “Today we have PL 399, which is the main project that is being processed. (The proposal) is being discussed in Brasilia, but we think that this debate has to come closer to society ”, provokes Pegoraro. “If there are proposals from city councils and assemblies, this starts to have a greater engagement by civil society. It is easier for me to participate in a public hearing in my city than in Brasilia. ” The new text of PL 399 relies on the report of deputy Luciano Ducci (PSB-PR) , and was delivered on August 18 to the then Mayor, Rodrigo Maia (DEM-RJ).

In addition to PL 399, the Chamber and Senate have other relevant proposals

The bill 5295, proposed by the Commission on Human Rights and Participatory Legislation, has been in the Senate since 2019. Still without a rapporteur, the project proposes regulations similar to PL 399/2015, establishing health surveillance rules for the production, distribution, transport, marketing and dispensing of medical cannabis and products and medicines that use the plant as a raw material. , in addition to addressing the regulation of the production of medical cannabis and the cultivation of industrial hemp.

Another bill proposal filed last month is PL 369/2021 which provides for the regulation of the medical use of cannabis for veterinary treatments. Authored by deputy João Carlos Bacelar (Pode-BA), the proposal cites a series of proven benefits of the main cannabinoid of the plant, CBD (Cannabidiol), as anti-inflammatory, anticonvulsant, antidepressant, and others. “Despite still dividing opinions, scientifically the medicinal use of products based on Cannabis has become less and less controversial in our society, in view of the success that has been evidenced in the treatment of various diseases”, defends Bacelar.

IPSEC was born in March last year with the mission of connecting civil society, government and companies around the discussion of cannabis regulation in Brazil so that the legislation that meets the needs of society. “We want to discuss to find out which is the best model to import into Brazil”, points out Pegoraro. “For example, in the European market, legislation allows up to 0.3% THC in hemp, whereas in Brazil, the legislation that is being proposed provides for 0.2%, that is, (if this is approved) we will be left out of European market. ” In October 2020, the European Parliament voted in favor of increasing the authorized level of THC for industrial hemp “in the field” from 0.2% to 0.3%, a critical step in the process of restoring that level of THC for the European hemp. 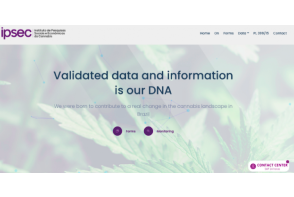