British Columbia- Don’t You Be Playing Hawaii 5-0 or Bad Boys In Your Store !

This article should be read in its entirety at https://www.youtube.com/watch?v=GazE8PAL-DE

They suggest some further songs our +1 suggestion is

Remember prohibition in Canada? That bygone era of hardwired narc-optics brought by years of hiding and real life consequences within an underground economy? Many do, and there may be some legacy consumers and operators who still believe in that US versus THEMmentality.

Yes, even in a legal cannabis store where everyone is (presumably) acting in accordance with the law. Old habits die hard.

On the second-to-last page of those BC Terms and Conditions, there are some clear directions for store operators encountering inspectors.

Some include: always allowing Liquor and Cannabis Regulation Branch inspectors or police officers into your establishment without hassle; providing documentation required by the Terms and Conditions if requested; and never drawing explicit attention to them so they can perform their tasks.

That last direction is where it gets a bit odd. The authors of the Terms and Conditions, whom we are thankful for, have gone a bit farther in explaining exactly how to “never draw attention to inspectors inside your establishment.”

In order to protect the safety of inspection officers, retailers are not allowed to perform:

“Actions such as announcing the arrival of inspectors, raising or flashing lights, turning down music, playing particular soundtracks (e.g. “Bad Boys” or “Hawaii Five-O”), using spotlights, or any other similar actions.”

May we repeat: do not put the high beams on in the store, do not engage the disco ball, do not sway your fingers over the wind chime at the back, and DO NOT press play on that queued up theme song from the beloved Fox crime epic, Cops.

As you know, they wouldn’t put it down in writing if it wasn’t a problem. So in a similar vein, we do love to think that operators in BC were actually flipping a switch on “Bad Boys”.

But, what are we gonna’ do… now that those two very specific songs have been forbidden?

How could they miss these?

Since you’re not allowed to do any specific action that alerts anyone to any inspector, branch agent, or officer in store, we’re assuming that the authors are casting a wide net on attention-grabbing music.

But, in the name of crime and drama, and because the authors of BC’s Cannabis Retail Terms and Conditions started it, we’re dropping our own musical selections (that again, you’re not allowed to play) and asking the question, why stop at “Bad Boys” and “Hawaii Five-O?”

Please imagine the following songs being switched on during inspector situations: 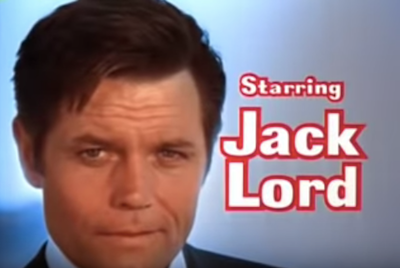