Brooklyn, New York’s district attorney will reportedly drop the felony drug charges against the recipient of 106 pounds of hemp arrested earlier this month, according to NBC New York. Ronen Levy was arrested after FedEx tipped off police about the shipment, which was sent from Vermont and tested under legal THC limits.

The shipment was destined for Green Angel CBD – which is owned by Ronen’s brother Oren – but police intercepted the package, arrested Ronen, and lauded the bust on Twitter. At the time of his arrest, Ronen called the cop “hungry” who had thought “he had the bust of the day.”

At the time of the arrest, police were shown paperwork from the farm that cultivated the crop that showed THC content of 0.14 percent – about half of the 0.3 percent federal and state thresholds but a field test performed by police was positive for cannabis. 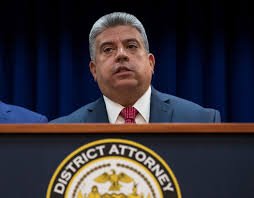