On July 27, a Brooklyn, New York county court agreed to dismiss and seal over 3,500 marijuana cases. With full marijuana legalization now in effect in New York, this sweeping action shows other courts throughout the state the power they have to undo prohibition.

Brooklyn District Attorney Eric Gonzalez appeared before Brooklyn Criminal Court Judge Keisha Espinal to request that the court dismiss 3,578 pending marijuana cases in the county, dating back over 40 years. He also asked that she vacate arrest warrants, conviction judgements and guilty pleas related to these cases. Judge Espinal agreed. The cases affected were still in court primarily because of outstanding warrants.

“There was a movement among the city defenders urging the DAs to dismiss these cases.”

“In 2019 we had marijuana decriminalization and this year we had legalization,” Yung-Mi Lee, legal director at Brooklyn Defender Services, told Filter. “[Previously] there were tons and tons of marijuana arrests happening on a daily basis. A lot of those cases were still open and not being disposed of. There was a movement among the city defenders urging the DAs to dismiss these cases.”

Lee clarified that the July 27 action also dismissed “summonses” in the criminal court, for when people were issued tickets for marijuana possession and did not pay them.

As for the cases dismissed on July 27, they will be sealed within 90 days. This means that no one will be able to see them on a background search, though the records will still exist. However, current New York law requires all marijuana records to be destroyed by 2023 if they are no longer criminal. 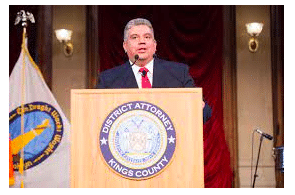