CA: Berkeleyside -“Move to decriminalize LSD in Berkeley under discussion”

A project to decriminalize natural psychedelics that lingered for three years in the Berkeley City Council will come back to life in a few weeks. But unlike other jurisdictions that have taken steps to chip away at the national and state ban on psychedelics, Berkeley is about to consider an even broader proposal: one that could make it the first in the U.S. to decriminalize LSD.

Of the 15 U.S. cities that have softened restrictions on psychedelics, none has included this synthetic hallucinogen. Berkeley Community Health Commissioners Joseph Holcomb Adams and Karma Smart explained that the logic for decriminalizing LSD is that it meets the technical definition of psychedelics. And in their view, said Smart, “nobody deserves to go to jail for having a psychedelic experience.”

Berkeley’s resolution was initially drafted by the Oakland-based nonprofit Decriminalize Nature in 2019, and proposed decriminalizing only natural psychedelics, such as psilocybin mushrooms, ayahuasca, and mescaline cacti.  The resolution spent two years in the hands of the city’s Community Health Commission (CHC), one of 22 civil commissions advising the City Council. Over the last year, Adams and Smart, the two commissioners appointed to study it, entirely rewrote it. If approved by the City Council, the personal consumption of psychedelics will cease to be criminalized in Berkeley; sharing, giving, or distributing psychedelics will, however, continue to be crimes.

Because of these changes, Decriminalize Nature now opposes the project and expects that, if the project reaches the City Council, the original version will be discussed. This will be known on Tuesday when the CHC decides on whether or not to refer the resolution to the City Council for a final vote.

Move to decriminalize LSD in Berkeley under discussion 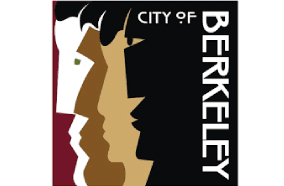