(a) (hereafter Pen. Code, § 4573.6(a)). The jury also found true allegations that he had suffered a prior strike conviction (id., § 1170.12, subd. (c)(1)), and that he had served three prior prison terms (id., § 667.5, former subd. (b)). The trial court sentenced defendant to eight years in prison, which included consecutive one-year terms for two of the three prison priors. The court also imposed various fees and fines, including a $300 restitution fine, but stayed all amounts.

On appeal, defendant contends that his conviction must be reversed because the possession of cannabis in jail is no longer a crime after the passage of Proposition 64 in 2016. Second, defendant argues that the prior prison term enhancements must be stricken because the enhancements no longer apply to him based on legislation that went into effect after he was sentenced. (See Pen. Code, § 667.5, subd. (b).) Third, defendant contends that the abstract of judgment must be corrected to reflect that the trial court stayed the restitution fine. 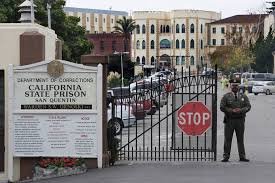