There are those that aren’t keen on heavy handed enforcement in CA but this article, “Legalizing Marijuana Has Created a Black Market Plaguing Riverside County” illustrates the issues starkly as the California Globe writes, “Transnational crime organizations growing pot counties, and in residential neighborhoods”

There is a new sheriff in Riverside County, and he is attacking the illegal marijuana cultivation that’s plaguing his community in Southern California. Sheriff Chad Bianco was elected in November 2018, and has taken on the growing black market with a vengeance.

The illegal industrial size marijuana grows are bringing in dangerous criminal elements, along with environmental hazards that together are creating a humanitarian crisis.

Before Sheriff Bianco was elected to lead the Riverside County Sheriff Department, he was stationed in the community of Hemet. It was at the Hemet station where he began to attend public meetings in the mountain community of Anza, a rural desert city in Riverside County where people ride horses, ATVs and everyone knows everyone.

Their way of life changed when the illegals growers moved in. Bianco said residents in the small country town were finding themselves confronted by armed men, pets were being killed, and water wells drained.

“Anza is a desert community and everyone lives on the well system. Everyone’s wells were going dry and the commonality was they were surrounded by illegal grows,” said Bianco. “The residents came to us begging for help and we want to give them that.”

Residents in Anza and other Riverside County communities like Perris, Romoland, Deluz, and WoodCrest, would also complain about the stench from the large fields of cannabis.

People near the grows said they couldn’t open their windows; the smell of marijuana permeated the air conditioner units, their allergies were out of control, and some were forced to move.

Bianco said before he became Sheriff, the department was serving five to six warrants a week, but it wasn’t enough to conquer the thousands of grows in the county.

Now that Bianco is Sheriff, he is making it known that if you grow marijuana illegally, expect a visit from the Sheriff.

The criminals who operate illegal grows also destroy the environment, community, and wildlife.

Any water around the grows such as ponds, lakes, or streams, end up poisoned.

“They uses pesticides, rodent control, all kinds of chemicals on the plants and in the fields to kill off anything that may eat the marijuana plant,” said Bianco.

“The only thing living around one of these grows is the marijuana plant,” said Bianco. “We were in Anza last week on a 100-acre lot completely void of wildlife. There should be rabbits, mice, owls, and hawks. But we did find poison everywhere.”

The entire food chain in Riverside County is being affected when the operations use banned pesticides and other chemicals that rabbits and mice feed on. The poison goes up the chain and kills the coyotes, birds, mountain lions, bobcats, and deer. If there are any endangered species around the grows those too can be killed off.

Bianco is not alone in his fight against illegal grows in California. A group called the Integral Ecology Research Center has been a  pioneer in the research on how cannabis cultivation has impacted the environment throughout the state of California. Illegal grows are popping up all over, including in state and federal parks and lands.

IERC is trying to help clean up the land poisoned by illegals growers who manipulate the forests and environment. This group began their studies in 2014 and expect to complete the research in 2020 for the United States Fish and Wildlife Service and California Department of Fish and Wildlife. Their work may be able to help communities like Anza.

In a report by the United States Department of Justice, Dr. Mourad Gabriel of IERC said: “California now has contaminated water, soil, plants and wildlife due to the clandestine actions of those cultivating marijuana on our public lands. We are at a precipice where we can either ignore the prologue of the past when public resources were illegally exploited for monetary gain or proactively conserve these national public lands for future generations to use and enjoy.”

The groups running the illegals grows, according to the Sheriff, include Hispanic gangs, Asian Gangs, Cartels from Mexico, China and Russia. Last week two individuals from China were arrested at one of the saturation operations conducted by the Riverside County Sheriff Department.

Bianco said the county is still investigating who all the players are from whom they have already arrested.

“We also have sex trafficking, which is part of human trafficking, being linked to these operations, including torture,” said Bianco, who added that kidnapping, torture, murder and gun battles are common in a community with illegal grows.

The people who operate the organized crime end up living in the community, putting residents at risk, including children who are used to playing outside without danger of running into a poisoned, armed drug camp in their backyards.

Transnational crime organizations growing pot in Riverside County are also are growing in residential neighborhoods. In neighboring county San Bernardino, a federal grand jury in March returned a 19-count felony indictment charging two men with participating in a scheme, where nine residential homes in San Bernardino County were purchased, mostly with money wired from China, and then the homes were converted into illegal marijuana grow houses.

In an operation conducted earlier in July, the Riverside County Sheriffs Department assigned to tackle the illegal grows produced the following:

“We would also like to thank the California Army National Guard for use of their equipment and vehicles in the transportation and destruction of marijuana,” said Bianco.

If It’s Legal to Grow and Smoke Marijuana in California Why the Black Market?

The Control, Regulate, and Tax Adult Use of Marijuana Act also known as Proposition 64 was passed in 2016. This initiative was intended to curb the illegal use of marijuana and cut down on the criminal element. Instead, it did the opposite. Two new taxes were created with Prop. 64, with revenues supposed to go into the California Cannabis Tax Fund for Youth Education Prevention.

“It is an urban legend to think that making marijuana legal was going to curb the illegal activities,” said Bianco. “The greed of tax money has created a bigger problem.”

Criminals do not want to pay taxes, so those who are growing the large industrial marijuana fields are avoiding the laws and regulations set in place by the state. The illegal growers are also raising the THC levels and selling out of state.

The rules and regulations of pot for sale legally have also hurt the medicinal users of cannabis. They say the devil is the details and with Prop 64 as it allows local cities to regulate all pot. Many cities are unwilling to offer licenses to growers. The higher mark up due to taxes and regulations on legal marijuana also aide to the lure of the black market.

The city of Wildomar in Riverside County recently approved pot shops in town with a 3-2 vote. City Councilwoman Bridgette Moore was one of the two who voted against the ordinance.

“I don’t believe the taxes we receive from the legal pot shops will help our city,” said Moore. “I just hope we can raise enough taxes to offset the costs of shutting down the illegal shops. It is going to be like playing wack-a-mole.”

More than a year before the Prop. 64 vote, the Board of Supervisors approved Riverside County Ordinance 925. The ordinance prohibits marijuana cultivation in the unincorporated area, outside city boundaries. Ordinance 925 includes a limited exemption from enforcement for qualified medical marijuana patients and their primary caregivers.

Because the prohibition under Ordinance 925 remains in effect today, cultivating marijuana in unincorporated Riverside County remains illegal, beyond the limited exemptions in Ordinance 925 and Prop. 64. 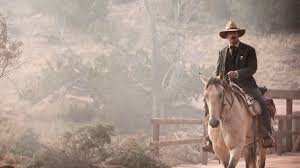