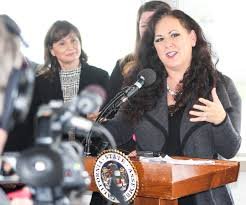 AB 1296 would require, among other things that:

While AB 1296 might initially be construed as “more of the same” as part of a large body of legislation that the California Legislature has enacted to combat the “underground economy”, there could very well be an unanticipated target of the legislation, one that has existed for quite some time, but may be about to receive a substantially greater level of attention, the legal commercial cannabis industry in California.

We have written extensively about steps that the California Dept. of Tax and Fee Administration [‘CDTFA”] could have done to be more efficient and effective at collecting state level cannabis taxes [See Cannabis Tax Calculation Example, Collecting Reporting – Remitting Tax  and CCT CET – Responsible Persons.

We will further elaborate on the enforcement potential of the combination of state level cannabis regulatory agencies, combining their enforcement activities with the sales and gross receipts tax collection activities of California’s counties, and units of municipal government, and the tax agencies Internal Revenue Service [“IRS”], Franchise Tax Board [“FTB”], EDD and CDTFA…and the briar patch that can be created for California’s cannabis businesess in future articles.

[1] The Legislative Counsel’s summary of the bill states

“Existing law, until January 1, 2019, established the Revenue Recovery and Collaborative Enforcement Team as a pilot program consisting of a team of agencies charged with specified duties that included developing a plan to document, review, and evaluate data and complaints, evaluating the benefits of a processing center to receive and analyze data, share complaints, and research leads, and providing agencies with investigative leads to combat criminal tax evasion associated with the underground economy.

The bill would authorize a strike force member agency, for certain cases that involve tax or fee administration associated with underground economic activities, to request specified information from the Employment Development Department, the California Department of Tax and Fee Administration, and the Franchise Tax Board and would require those agencies to provide that information for prescribed enforcement purposes. The bill would provide for the confidentiality of such information.

The bill would require the Department of Justice, at a minimum, to maintain 2 multiagency Tax Recovery in the Underground Economy Criminal Enforcement Program investigative teams, formerly known as the Tax Recovery and Criminal Enforcement Task Force, in Sacramento and Los Angeles. The bill would require the investigative teams to continue their collaboration for the recovery of lost revenues to the state by investigating and prosecuting criminal offenses in the state’s underground economy.

This bill would additionally authorize the use of the information (1) to enable the Joint Enforcement Strike Force on the Underground Economy and the Labor Enforcement Task Force to carry out their duties and (2) to provide information requested by a strike force member agency pursuant to the bill. Because the bill would expand the group of persons who can be convicted for knowingly accessing, using, or disclosing this information without authorization, it would expand the scope of an existing crime and therefore impose a state-mandated local program.

This bill would incorporate additional changes to Section 1095 of the Unemployment Insurance Code proposed by AB 593 and AB 1340 to be operative only if this bill and either or both of those bills are enacted and this bill is enacted last.”

“The underground economy hurts everyone: workers who are left without protection, consumers who are sold dangerous or fake products, and the state as we lose tax money,” Assemblywoman Gonzalez said. “This task force is a unique, collaborative approach for law enforcement to breakdown its usual silos and execute wider solutions for targeting the underground economy.”

Sponsored by Attorney General Becerra, whose Department of Justice leads the TRUE Team, AB 1296 was announced today at a press conference with members of the pilot program’s task force. Established in 2014, the pilot program has allowed agencies in Sacramento and Los Angeles to work together to investigate and prosecute the most outrageous felony-level multijurisdictional underground economic crimes in California. AB 1296 builds on the success of a state pilot program by permanently establishing law enforcement teams in Sacramento and Los Angeles and authorizing additional teams in the three other major metropolitan regions of the state: San Diego, the Bay Area, and Fresno.

California’s underground economy generates between $60 to $140 billion in unreported revenue annually, according to a University of California at Los Angeles Labor Center report, depriving the state of $8.5 billion in corporate, personal, and sales and use taxes each year. In September 2018, Attorney General Becerra announced the results of a year-long investigation that led to charges against a family of four for labor exploitation and human trafficking. In October 2018, Attorney General Becerra also announced that the State of California regained lost state revenues from an underground prescription drug business, from an illegal pharmaceutical scheme and from operators who possessed counterfeit merchandise intended for sale.

Since the beginning of the pilot program, investigative teams have identified $482 million in unreported gross receipts and $60 million in associated tax loss to the state. Additionally, through its criminal enforcement actions, the pilot program has recovered over $25 million in lost tax revenue, victim restitution, and investigation costs.

The legislation strengthens the program by ensuring multi-agency collaboration between several governmental entities, including the Department of Justice, the Department of Tax and Fee Administration, the Franchise Tax Board, and the Employment Development Department. Together these agencies combat wage theft, tax evasion and other crimes in the underground economy.

For questions on Assembly Bill 1296 or to schedule an interview with Assemblywoman Gonzalez, contact Sami Gallegos 209-658-7617