California lawmakers sought Thursday to prohibit the smoking of marijuana on commercial party buses and limousines amid concerns from law enforcement officials that the drug could impair drivers and pose a risk of accidents.

Since California voters legalized the sale and recreational use of cannabis in 2016, companies have sprung up that take customers on tours of cannabis businesses, much like firms that offer crawls to wineries and breweries, state officials said.

The ban was proposed in the last week of the Legislature for the year as an alternative to a competing bill that would have clarified that cannabis could be used in charter buses as long as nobody under age 21 was aboard and the driver compartment was sealed off from the smoking area.

The legislation approved by the Assembly on Thursday was welcomed by Kevin Sabet, head of the anti-cannabis group Smart Approaches to Marijuana.

“Today’s marijuana is super strength and highly potent,” Sabet said. “Allowing use on party buses and limousines would have been dangerous and irresponsible.”

The legislation was opposed by the California Cannabis Industry Assn., whose executive director Lindsay Robinson said it “runs counter to the will of California voters when they overwhelmingly approved Proposition 64.”

The industry group had supported the competing legislation.

“Cannabis tourism is on the rise and represents a key opportunity for economic growth in California,” Robinson said in a letter to lawmakers, adding that the bill “will have a chilling effect on the cannabis tourism industry and threatens the livelihoods of the operators who have well-established businesses already operating throughout the state.”

The bill sent to the governor by the Legislature was introduced by the Assembly Committee on Transportation.

Read the full story at  https://www.latimes.com/california/story/2019-09-12/ban-marijuana-charter-party-buses-california 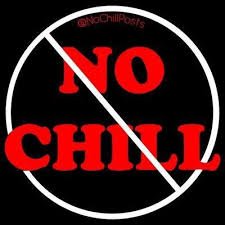