The merriment of the holiday season has not overtaken California’s cannabis industry as 2019 comes to a close. The Legislature, Governor Newsom’s office, cannabis regulatory agencies (principally BCC, CalCannabis, CDPH, and CDTFA), law enforcement agencies, and a multitude of other groups and individuals interested in this industry have been confronted with the reality of a disaster. To paraphrase my father’s recurring admonition when something I attempted went wrong, “It is your own damn fault because you did not think it through.”

The LA Times published an article on December 24th that begins,

“Two years after California began licensing pot shops, the industry remains so outmatched by the black market that a state panel recently joined some legalization supporters in calling for significant changes — perhaps turning again to voters to address the problems.

With tax revenue about a third of what was expected and with only about 800 of an anticipated 6,000 licensees open for business, the panel said, officials may need to consider “revisiting the ballot initiative process.

The 22-member advisory panel — made up of industry leaders, civil rights activists, local officials, law enforcement and health experts — noted that California is expected to generate $3.1 billion in licensed pot sales in 2019, making it the largest market for legal cannabis in the world. But nearly three times as much — $8.7 billion — is expected to be spent on unlicensed sales.”

The premise for the LA Times article is accurate. California’s cannabis industry is in a state of chaos. Proposition 64 was seriously flawed. The Legislature exacerbated the problems created by Proposition 64 by acting as a group of politicians instead of acting as thoughtful leaders acting in the interests of the public. California’s roll-out of regulation pursuant to this Proposition has been maladroit. We have discussed many of the reasons for these issues.

The reasons for the chaos that are described in the LA Times article reflect a superficial analysis. Excessive tax rates, burdensome regulations, and local interference are as much symptoms as they are causes. The transition from a “light touch,” locally regulated medical cannabis industry in California to a highly regulated, legal state-wide adult-use industry that preserved medical use rights was an experiment, at best[1]. Proposition 64 was an amendment to the California Constitution. Proposition 64 wholly preserved Proposition 215. The preservation of the rights granted California residents under Proposition 215 in Proposition 64 will have legal ramifications for the next 10 years at a minimum.

Proposition 64 established the foundation for a “dual control” arrangement for the regulation of California’s cannabis industry. Local governmental agencies have the final say on land-use, health and safety issues, and the ability to collect tax revenues from the industry, but all local authority was subject to a framework of a comprehensive, burdensome and poorly reasoned state-wide regulation of this industry. Never before has California put so much money and expended so much effort in a futile attempt to put lipstick on a pig and call it a movie star. Never before in the history of California has so much administrative empire-building occurred with so little justification.

Thousands leaped into this industry in anticipation of financial rewards. Hundreds saw similar opportunities in becoming “instant experts” on various aspects of the industry. Carpetbaggers arrived in California from far and wide. Some cities and counties in California developed policies and licensing criteria based on local criteria. Others contracted out these tasks to firms such as HDL[2] that oversold processes and programs for their own purposes. Local governments adopted unrealistic procedures and structures which were coupled with costs and fees that cannot be supported[3].

The contention tax rates are too high is a red herring. Consumers pay the taxes on cannabis. The controversy over tax rates reflected in the LA Times article is a dispute over the sharing of revenue between taxing agencies and those seeking to profit from the industry. Cannabis businesses that are properly structured, organized and operated can minimize the impact of high tax rates. Well advised and well-run cannabis businesses can readily compete with the underground cannabis industry. Similarly, excessive regulation and local control issues are red herrings.

It is a fantasy to view California’s cannabis industry as a $3.1B licensed market and an $8.7B unlicensed market as described in the LA Times article. Licensed and unlicensed are not the same groups as legal and illegal. Licensed and unlicensed are also not the same as tax-compliant and tax non-compliant.   How should a cannabis business that is operating in complete compliance with local ordinances and paying all local taxes but largely ignoring state regulation be characterized?

California will have a substantial underground cannabis industry for the foreseeable future. [[. California is likely to always have a significant truly illicit cannabis industry. We have no idea whether these two segments are included in the $8.7B described as unlicensed sales in the LA Times article. The Legislature and commentators as well as all of the “leaders” of the cannabis industry should ignore licensed and unlicensed as categories and focus solely on that activity defined in SB 94 as “commercial cannabis activity.”

The issues of “licensed or unlicensed,” “legal or illegal,” “tax-compliant or tax non-compliant” become far more difficult when solely commercial cannabis activity is examined. With regard to commercial cannabis activity, we prefer to use the terms “legal” and “non-compliant” as this collection of business activities in reality is a very broad Bell Curve. Few cannabis businesses are wholly compliant with all applicable laws and regulations. Most cannabis businesses comply with some significant number of the applicable laws and regulations.

California will have a substantial amount of commercial cannabis activity that is non-compliant as long as the delta for the distribution costs for the movement of cannabis on a commercial scale between cultivator and consumer justify the risks associated with non-compliance. It is not that cannabis taxes are too high, or that regulatory compliance is too costly or too complex, or that the behavior of the cannabis regulatory and tax agencies is too sloth-like[4]. Rather, it is all of the preceding at a state-level. We have written extensively regarding a number of these issues[5].

There is no “black” market of commercial cannabis activity in California. There are several classifications of commercial cannabis activity that fall into different shades of “grey.” There is no single solution to the many problems created by Proposition 64 and the Legislature’s establishment of a single regulatory structure for medical and adult-use cannabis. Superficial analyses such as the LA Times article contribute little toward solutions. Similarly, the Report of Legislative Analyst Office recommending a different tax structure simply adds complexity instead of offering solutions to existing problems.

William G. Panzer, an Oakland attorney who was co-author of Proposition 215, which legalized medical marijuana in California, called the current licensing system a “nightmare.”

“There is lots of talk about it,” Panzer said of a new initiative. “I love the idea, if there is financing. You are not going to get the problems fixed through the Legislature.”

Panzer, a criminal defense attorney who supported Proposition 64, said he expects the industry will pressure state lawmakers to consider additional reforms when the Legislature reconvenes in January.

Mr. Panzer just hit it on the head. It is the National Cannabis Industry Association [“NCIA”]’s business model. A group that would rather continue to put on repetitive trade shows and seminars rather than expend the efforts on grass roots lobbying at the state level in California like the Cannabis Trade Federation [“CTF”] is doing at the Federal level in Washington D.C. However, California does not need another initiative. California has had far too many initiatives.

Well advised cannabis businesses that are properly structured and operated can compete financially with any of the non-compliant segments of California’s commercial cannabis industry. Some further tweaking by the Legislature may be appropriate, but we suggest the most significant action the Legislature can take is to insist that the various cannabis regulatory agencies make every possible effort to make it as easy as possible for cannabis businesses that desire to secure licenses to secure such licenses. The Legislature must demand these agencies eliminate or reduce all barriers to compliance with licensing requirements to the maximum extent possible. The mandate of Proposition 64 was to bring California’s existing cannabis industry into regulation rather than close out those involved in the industry and license an entirely new group consisting largely of opportunists.

[1] An excellent analysis of Proposition 64 is contained in Implementing Proposition 64: Marijuana Policy in California by the Stanford Law School Law and Policy Lab.

[2] HDL, formerly known as Hinderliter, de Llamas & Associates, The firm was founded in 1983 as a firm devoted to real property tax and sales tax assessments.  The underlying business model for decades appears to have been based on conducting audits for cities and counties to assist in ensuring such local jurisdictions were collecting the taxes due.

[3] See Cantonization – California – Cannabis for further discussion of the background.

[5] Much of our content on the topics can be found in our blog repository on Cannabis Law Report. 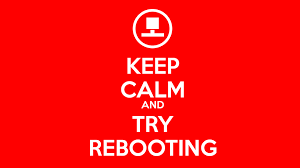