The Kern County Sheriff’s Office (KCSO) has a message for citizens concerned about illegal weed grow-ops: Yes, it takes the issue seriously, but no it won’t investigate until it determines if the substance is illegal weed or legal hemp.

In California, both medical and recreational cannabis are legal, but there are restrictions in terms of how much a person can possess or grow for personal use. In many parts of the state, outdoor growing is not allowed and this can only be done if permitted under local regulations.

KCSO reports that in the months leading up to summer, the number of marijuana grows in the county increases, sometimes eliciting calls from concerned citizens. The office takes all such calls seriously and “does not tolerate illegal grow operations and is appreciative of the public bringing them to our attention,” according to a statement from the KCSO.

That said, residents who raise concerns about suspected illegal grow-ops must understand that investigating these cases can be complex and time-consuming.

Members of the KCSO’s narcotics unit “must first determine whether the grow is, in fact, illegal marijuana or legally permitted hemp,” which can be grown in line with a county ordinance.

If deemed to be marijuana, the unit will carry out a thorough investigation and take steps to eradicate the grow-ops; if hemp, the probe ceases.

There have certainly been incidents where police have been left red-faced after celebrating a big weed bust, only to later find out the substance was hemp.

But in addition to cops, robbers have drawn the short straw when trying to steal “cannabis.” Last fall, four criminal masterminds in Oregon were caught red-handed walking along a highway after stealing an estimated 60 to 80 pounds (27 to 36 kilograms) of hemp they apparently thought was cannabis.

In late 2019, police in New York celebrated a little too early after reporting they had unearthed 106 pounds (48 kg) of cannabis that was, in fact, hemp.

Such embarrassing incidents could be avoided in future if a new genetic test from the University of Minnesota, used to predict THC and CBD in industrial hemp, becomes available. The count is of interest since the level of THC in crops must be 0.3 per cent or lower to be considered hemp both in the U.S. and in Canada. 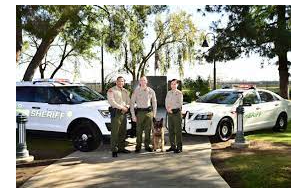