California: Still Not Making Enough $ From Regulated Cannabis $US3.1 Billion Is Expected 2018-2019 Revenue

Allowing legal sales is supposed to increase the size of the market as they force illicit sellers out of business. That is the way it has happened in other states where cannabis is legal. But according to bds Analytics and Arcview Market Research, legal sales in California were $2.5bn in 2018, down from $3bn in 2017. Josh Drayton, spokesman for the California Cannabis Industry Association, says that the state has gone from being the most loosely regulated market in the world to one of the most tightly regulated. Moreover, he says the regulations go above and beyond those for other products.

California now has the biggest legal marijuana market in the world. Its black market is even bigger

California Cannabis Market on Track to Hit $3.1B, Report Shows

After briefly faltering a year ago, California’s massive cannabis industry seems to be regaining steam.

Cannabis sales in the Golden State are expected to reach nearly $3.1 billion this year, a report released today shows.

This is worth a read too 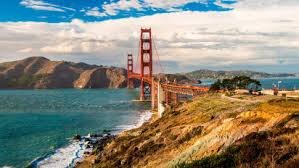