The Alberta court of Appeal has overturned the acquittal of a former Calgary university student who attacked a woman after breaking into her home while naked and high on mushrooms.

At a pre-trial hearing in 2019, Court of Queen’s Bench Justice Willie deWit struck down legislation that prohibits accused people from using the defence of self-induced intoxication automatism in crimes of violence.

That allowed the defence to be used at trial, after which, Court of Queen’s Bench Justice Michele Hollins acquitted, finding Brown did not have the requisite intent to be found guilty.

The decision caught the attention of the legal community as it was believed to be the only one in Canada involving a successful defence of extreme intoxication while on magic mushrooms.

‘Who is to be held responsible?’

But on Thursday, the province’s top court ruled that Brown must be held accountable for his choice to consume alcohol and magic mushrooms.

“[Parliament] has chosen to hold people criminally responsible for violence arising from self-induced intoxication in a particular context and to deter people from such intoxication because it might lead to violence,” wrote Justice Ritu Khullar in her decision.

The panel of three judges ruled Brown must bear the consequences of taking illegal drugs “in reckless disregard of the possible risks.” 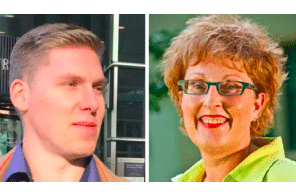