Here’s the report. Cannabis has a long way to go until it catches up with alcohol which pulled in  $CN887 in the same period

According to the province’s fiscal year-end statement, the tax revenue from cannabis collected by the government is $4 million higher than originally expected.

Alberta Gaming, Liquor and Cannabis (AGLC) generated nearly $77 million in cannabis sales between October 17, 2018 and March 31, 2019; mostly from online sales and through sales to private retailers.

But, the AGLC only netted a profit of $4.7 million due to the cost of sales.

Calgary’s share of the first year of legalization was $3.8 million.

There are currently 156 pot retail shops licensed with the AGLC.

Legalization on October 17 was met with high demand from consumers, which led to supply shortages across the province.

The AGLC was forced to implement a six-month moratorium on new cannabis shops in the province due to those supply shortages, but that was lifted on May 30.

At the time of the licence moratorium, the AGLC had 700 applications from 430 applicants.

But revenues from the AGLC’s more traditional revenue streams dwarf the revenue from cannabis.

According to the report, liquor net revenue reached nearly $887 million, while gambling netted over $1.3 billion. 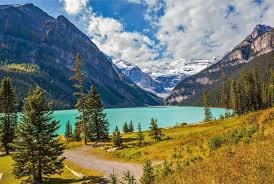