Lobo has been with the Ontario Cannabis Store since its inception and most recently served as its chief merchandising officer.

The OCS says he will replace Thomas Haig, who will leave his interim leadership position when his contract expires on March 23.

Lobo will takeover the job on an interim basis beginning March 24.

The OCS says in a release that it will begin a search for a new president and chief executive while Lobo leads the organization.

The OCS has had at least six interim or non-interim presidents since it was founded ahead of Canada’s 2018 move to legalize recreational cannabis.

This report by The Canadian Press was first published March 18, 2021.

Reporting into the OCRC Board of Directors, David oversees all day-to-day operations of the Ontario Cannabis Store (OCS). David has been with the OCS since its inception in 2017 and prior to that he worked on the development of the legal recreational cannabis model while at the Ministry of Finance. David is committed to the success of the industry and fostering relationships with OCS’ retailer and licensed producer partners.

Prior to this role, David held the position of Chief Merchandising Officer with responsibility over merchandising, brand, insights, marketing and digital experience. He also previously held the role of the Chief Corporate Affairs Officer and Vice President – Social Responsibility. David has experience in various policy and strategic engagement roles with the Alcohol and Gaming Commission of Ontario (AGCO) and the Ontario Government. He holds a Master of Public Administration from Queen’s University and a Bachelor of Arts from Carleton University. 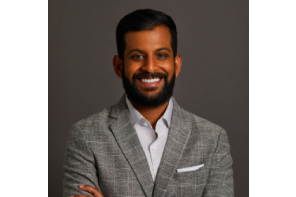