A recent labour arbitration decision from Saskatchewan has suggested what the boundaries around workplace consumption of medical marijuana might be.

In Kindersley (Town) v Canadian Union of Public Employees, Local 2740, 2018 CanLII 35597 (SK LA), an employee was dismissed for vaping medical marijuana while operating the employer’s vehicle. The employee had previously disclosed to his employer that he had had a prescription for medical marijuana and was allowed to vape marijuana in the workplace.

The employee was not allowed to operate an employer vehicle for approximately 30 minutes following vaporization of marijuana. He was also not permitted to operate heavy machinery for 1 hour after vaping.

The employee was later discovered to have been vaping while driving and immediately before driving, according to his co-workers. As a result, the employer summarily dismissed the employee.

The employee’s union filed a grievance challenging the summarily dismissal. The arbitration board held that, despite the lack of proof of the employee’s impairment on a balance of probabilities, the vaping of marijuana immediately prior to and while operating the vehicle entitled the employer to summarily dismiss him. The board also emphasized the fact that the employee appeared to lack respect for the limits of his employer’s medical accommodation of him, and cared little for the safety of his coworkers by vaping while other employees were in the vehicle with him.

The arbitration board found the decision to summarily dismiss was not excessive discipline. The board noted that while the employee should not be deprived of using marijuana for the medical purpose intended, ultimately “there is no reason he could not have done this more discreetly rather than in the presence of his co-workers and while driving.”

What does this case tell us?

While it is a Saskatchewan decision, the same principles apply in Ontario: having a prescription for medical marijuana is not a free licence to consume it whenever and wherever you like, particularly while working for an employer. Moreover, even if your employer has expressly accommodated you by allowing you to consume marijuana in the workplace, not adhering to the terms of that accommodation could result in dismissal without notice.

All employers must accommodate employees with a disability to the point of undue hardship according to human rights laws. This could include allowing employees to use medical marijuana while at work. However, employees must comply with the limits of an employer’s accommodation, so as to avoid undesirable disciplinary measures.

If you would like more information about these amendments, or would like legal advice to ensure your place of work is compliant, please contact experienced employment lawyer Marty Rabinovitch of Devry Smith Frank LLP at 416-446-5826 or marty.rabinovitch@devrylaw.ca

“This article is intended to inform. Its content does not constitute legal advice and should not be relied upon by readers as such. If you require legal assistance, please see a lawyer. Each case is unique and a lawyer with good training and sound judgment can provide you with advice tailored to your specific situation and needs.” 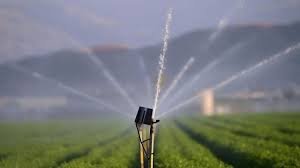 Cannabis Growers and Investors: Be Sure of Your Water Rights

Cannabis – Outlook on manufacture and distribution in Switzerland