In Quebec there is currently no deposit on SQDC containers, except for beverages reports the Montreal Gazette.

More precisely, 2,291,143 containers were recycled in 2020-21, according to the SQDC. Because the recovery program for all its packaging started only in August 2020, the number doesn’t even cover a full year.

It is, however, impossible to know what proportion of containers sold this figure represents: The government-owned company doesn’t want to say, for “commercial” reasons.

There is no deposit on SQDC containers, except for beverages included in the RECYC-QUÉBEC consignment system. Quebecers who return containers to SQDCs outlets don’t get money for them: It just means the containers don’t end up in the trash.

The SQDC says one advantage of returning empty containers is that they aren’t contaminated by other materials, such as what ends up in blue boxes. Also, it says sending uniform material to businesses that process it means it can be re-used more easily.

The SQDC has partnered with TerraCycle, a U.S.-based recycling business, and supports the idea of its containers being transformed into urban furniture, like park benches or flower boxes. It says TerraCycle can also recycle bags, which could otherwise end up in landfill.

Still, it’s impossible to verify this information and to know what happens to these containers or how many were used to manufacture other products, according to the Canadian Press: TerraCycle did not respond to emails or a phone call.

The SQDC says it is looking to go further with its environmental efforts. “We are also working with experts in sustainable development to come up with an action plan for containers and packaging that is more eco-responsible,” it said recently on its Facebook page. 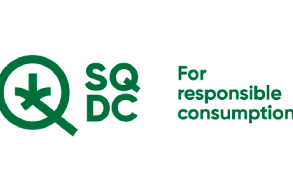