The prosecution of three businessmen caught up in one of Canada’s most spectacular cannabis-industry flameouts suffered its own collapse on Wednesday, as lawyers for the Ontario Securities Commission (OSC) moved to withdraw all charges mid-trial.

But even defeat didn’t come easy for the prosecution: Defence lawyers for former CannTrust Holdings officials Peter Aceto, Eric Paul and Mark Litwin refused to merely have the charges dropped and held out for full acquittals for their clients.

“After careful review of the evidence during the trial, we are of the view that as charged, there is no reasonable prospect of conviction,” OSC lawyer Dihim Emami told the court. He asked for more time to consider the defendants’ request for acquittals, however, saying it had only been presented to him minutes earlier.

Scott Fenton, a lawyer for CannTrust’s former vice-chair Litwin, appealed to the judge to end the matter “today.”

“I’m respectfully against drawing this out.… It’s time to end it for all the gentlemen.”

The sudden turnaround in the case is just the latest twist in a saga that saw one of Canada’s most valuable publicly traded cannabis companies shattered by allegations that it grew thousands of kilograms of illegal weed and then lied to investors about it. Hundreds of jobs and nearly a billion dollars in shareholder value were wiped out, while the company and its executives, directors, underwriters and auditors were hit with a raft of class-action lawsuits on both sides of the Canada-U.S. border.

Charges based on alleged illegal growing

The charges came after CannTrust announced in July 2019 that Health Canada had learned of “the growing of cannabis in five unlicensed rooms” at the company’s Pelham, Ont., greenhouse between October 2018 and March 2019, before the rooms received the proper approvals in April 2019.

The OSC claimed the men did not disclose to investors that nearly half the growing space at the facility wasn’t properly licensed, and that they used corporate disclosures to assert that “CannTrust was compliant with regulatory requirements.”

Prosecutors were also alleging Litwin and Aceto signed off on pitches to U.S. investors that stated CannTrust was fully licensed and compliant, and that Litwin and Paul traded shares of CannTrust while knowing about the allegations of unlicensed growing but before it was publicly disclosed.

Trial testimony last week and submissions by defence lawyers, however, painted a different picture: that the company’s entire greenhouse was licensed all along, and it just needed some routine approvals from Health Canada to start growing pot plants in the additional rooms.

Under cross-examination, CannTrust’s former director of quality and compliance Graham Lee agreed with Fenton that the company’s cannabis production licence from Health Canada didn’t actually restrict what rooms it could grow in.

That undercut the prosecution’s case, which hinged on the idea the company had been engaged in unlicensed cannabis cultivation.

At one point, Lee testified, CannTrust staff did stage photographs as part of a submission to Health Canada, in an attempt to disguise the extra growing rooms. But senior management did not instruct him to do this, he said.

The consequences of CannTrust’s regulatory struggles have been vast: Days after it made its July 2019 announcement about the purportedly “unlicensed rooms,” the company voluntarily suspended sales of all its cannabis products. Then in September 2019, Health Canada officially suspended the company’s licence to sell. The next month, the company said it would destroy $77 million worth of plants and inventory.

As its revenue streams ran dry, CannTrust was forced into bankruptcy protection in March 2020. Once worth $1.5 billion on stock markets, the business was quickly delisted in New York and Toronto.

The company, some of its former executives and a number of its underwriters settled the cross-border class-action lawsuit for $83 million last year, without any admissions of wrongdoing. Most of the company’s remaining assets were bought earlier this year by a group of investors led by a Dutch-based private equity firm. CannTrust then changed its name to Phoena Holdings Inc.

Defence lawyers did not want to comment Wednesday. Before the trial began, Aceto’s lawyer Frank Addario told The Canadian Press that his client “behaved legally and with integrity during his time at CannTrust.”

The OSC, Ontario’s stock-market regulator, said it wouldn’t comment while the matter is still before the court.

CBC News also reached out to Health Canada with questions. The agency said it would look into it.

The case is back in Toronto’s Old City Hall court on Thursday for a determination of whether all three men will be formally acquitted. 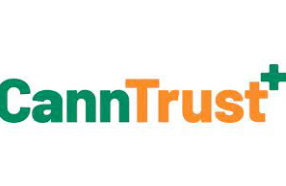