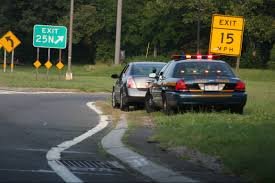 Last week, we discussed how working in the Canadian Cannabis business could inadvertently place one on the permanent ban list from entering the U.S.  A policy that could have only been conceived by Mike Pence type people and their progeny.  A little harsh, to say the least.  I cannot take 100% of the credit, however, since the publication of my newsletter last week, the US Customs and Border Protection (CBP) has moderated their previously harsh position on Canadian cannabis industry workers.  The new position, ambiguous as expected, leaves unanswered some major questions.  The new promulgation is as follows:  “A Canadian citizen working in or facilitating the proliferation of the legal marijuana industry in Canada, coming to the U.S. for reasons unrelated to the marijuana industry will “generally” be admissible to the U.S.” (emphasis added).  That seems to leave open the scenario whereby a Canadian citizen in the cannabis field coming to the U.S. to do cannabis business in a legal state.

Thus, swiss cheese holes abound as to the rules and how they will be implemented.  As to individuals crossing the border, the patrol can ban drug “abusers” from entering the country which abuse would include cannabis consumption.  An obvious question would be how does one define “abuse”.  As far as border personnel are concerned, I am sure that any level of use would constitute “abuse”.  Therefore, it would be advisable not to admit you smoke which could still potentially get you barred from entry into the U.S.

Looking local, San Francisco based Pax Labs which was spun off and created by the ethically challenged Juul providers, just obtained an additional $20 million in funding.  Juul is the ethically challenged and controversial nicotine vaping company recently valued at $15 billion.  Pax’s distinguishing characteristic to their vape battery hardware is that users may control the device by mobile application.  The Juul and Pax company have separated into different entities, most likely with overlapping ownership structures. Pax is a hardware manufacturer that does not touch the plant, unlike the Juul.  Pax sells empty pods to other companies, which load and sell them to dispensaries in legal states. The model is similar to the way Keurig (coffee) owned by Dr Pepper, sells a proprietary machine that brews coffee from pods filled by bean growers.  It will be interesting to see where Pax goes from here.

What do you mean my car smells?  Historically speaking, police often cite as probable cause “I smelled pot” to justify their searches. More times than not, minorities have been disproportionately targeted and subjected to the “I smell pot” to justify their actions after-the-fact.  The claim alone gave police justification to search the person, contents of bags, go through the car and trunk. So, in the age of adult use and easy access, driving adds further complications as there is no specific test yet approved to test for cannabis.  Cannabis, unlike alcohol, can stay in the system for an inordinate amount of time. THC dissolves in fat so it can stay in your body up to a month after use. Recently, in Ventura County at State funded DUI checkpoints, officers screened hundreds of drivers. The goal to check for both alcohol intoxication and cannabis impairment.  While the legal drinking limit has been 0.08 percent blood alcohol concentration since 2004, there is no such “legal limit” forcannabis.  In Ventura County, they said that if an officer finds “enough” evidence of impaired driving and suspects drugs, the suspect will be transported to be evaluated by a drug-recognition expert.  It’s quite staggering the degree to which Ventura County will then test the suspected cannabis user.  The expert performs a 12-step evaluation of the suspect, including:

* Preliminary examination of the suspect,

* Divided-attention test (I would fail that daily),

The final step is a toxicology report, although this is completed weeks after the arrest. Wow, just because your car smelled! Are those our cannabis tax dollars paying for their 12 step programs?   As stated, THC remains in the system for weeks after consumption, and blood tests for THC levels can occur long after the initial DUI arrest, making it difficult for law enforcement to set limits.  Some law enforcement agencies set (arbitrary) limits, for example, Washington and Colorado have a per se limit of 5 nanograms of THC per milliliter of blood. Nevada has the lowest limit in the country at 2 nanograms per milliliter.  Lt. Robert Sharpe, a Washington State Patrol officer, stated that the “per se” limit is used more to corroborate other evidence of driving impairment than to act as the law itself.

Fear not, cannabis breathalyzers may be coming to your locale soon.  Oakland, CA based Hounds Lab, has created a new breathalyzer to revolutionize cannabis field sobriety tests.  Hound Labs claims its device can accurately detect whether a person has smoked cannabis in the last two hours, a window some consider to be the peak impairment time frame. CEO Mike Lynn states that “when you find THC in breath, you can be pretty darn sure that somebody smoked pot in the last couple of hours,” Lynn says. “And we don’t want to have people driving during that time period or, frankly, at a work site in a construction zone.”  CEO Lynn’s background is as a former venture capitalist, currently an emergency room trauma physician in Oakland as well as an active SWAT team deputy reserve sheriff for Alameda County, Calif.  CEO Lynn claims they have overcome the technical and scientific hurdles that can accurately measure THC in breath molecules, which is in parts per trillion. He says, detection is “kind of

like putting together more than a dozen Olympic size swimming pools and saying, ‘Hey, go find those 10 specific drops of water and in those 10 pools put together.’ “It is ridiculous how little [THC] there is” in breath.”  The machine detects THC’s presence in the breath, but it cannot calculate the amount of THC consumed.

His device is not only comparable to a traditional alcohol breathalyzer, it can likewise do double duty for alcohol and/or cannabis. Skepticism abounds. Questions circle the air like can it tell the difference between CBD and THC? How about 3-1 CBD ratio to THC for medical patients.  The Hounds Lab device has yet to be legally challenged, approved or accepted in a court of law.   It is untested legally for admissibility or accuracy. To be clear, no one has determined the level of THC in breath, blood or saliva which would constitute functional impairment.  UCSD’s Center for Medicinal Cannabis research should conclude a study by year’s end on this subject. That being said, Hound Labs is out there selling to any and all police agencies the gospel of their product.  Many cities have bitten including Boston which is set to partner with them to field test their cannabis breathalyzer.  A few other companies are developing a pot breathalyzer, including the Canadian-based firm Cannabix

Technologies.  The real determinant is how the U.S. Court’s will apply these tests for admissibility.

As most of you already know, CA came out with their revised cannabis regulations this past week.  All three agencies, Bureau of Cannabis Control, Department of Food and Agriculture and Department of Public Health, had a hand in revising and clarifying rules around delivery, packaging and cannabis events. The proposed rules are open for public discussion and commentary and by end of year, they will promulgate final ones.  Major changes took place, some look as follows:  For delivery companies like Eaze & Weedmaps, they will be pushed out from profit sharing with cannabis companies as they will be prohibited from direct sales profit-sharing. The State wants more detailed disclosures about cannabis company ownership, trying to bring to shed light on “silent partners”.  As to delivery, the BCC will prohibit localities from banning deliveries within their jurisdictions.  Meaning they are free to roam and deliver wherever even if the local jurisdiction does not allow for delivery.  Last week, again we spoke specifically on the subject of wandering borders and this week, it has been fixed.  Coincidence or does this newsletter have superhero qualities?  #justsaying.  Licensing fees may be reduced to $2,500 a year for businesses with sales under $500,000. Child-resistant packaging requirements for manufacturers pushed back until January 2020.   Also, instead of packaging then testing, distributors can get edibles and concentrates tested and then add that information to labels before products are sent to retailers.  As discussed in this newsletter, several times and specifically, last week, the rules on holding cannabis events have been greatly modified.  To date, these MJ events were limited to “Fairgrounds” as if Californian’s live a Midwest existence.  Last week, we called for a change.  This week the new promulgations dictate that these MJ events will no longer be “fairground” only events.  Congrats.  This will certainly create a wave of new cannabis events in the state,

presumably with on-site consumption. Testing requirements would be modified to ease the previously strict mandates that have led to a number of product failures and recalls.   If you have anything to say, speak out while the public comment period is open.

If you need more information on how to insure your cannabis business, Tailored Benefits is here to guide you and keep you informed on local and federal policies. 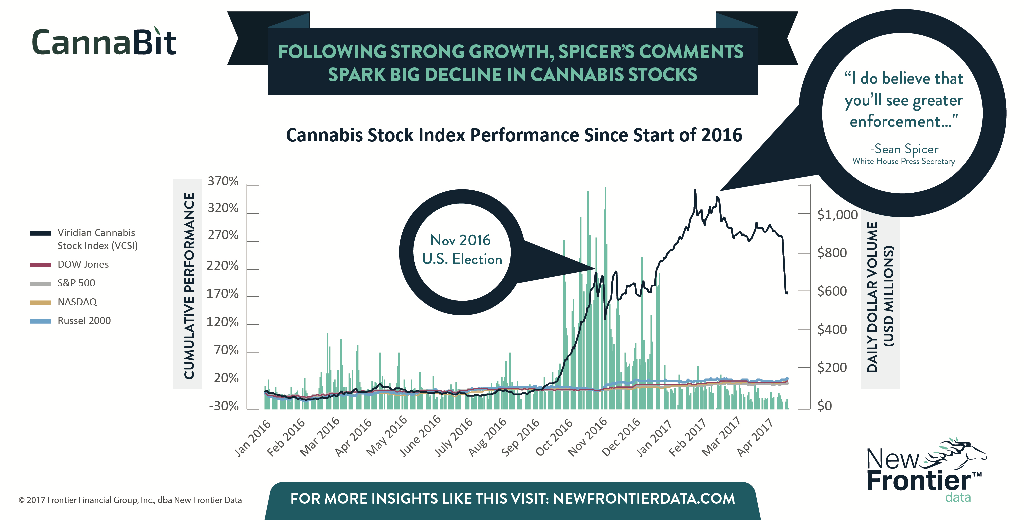 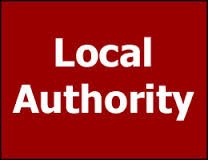 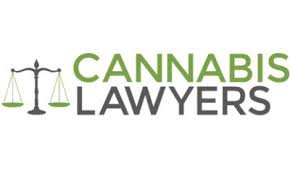 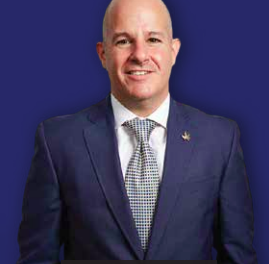