The Canadian government announced in September that it has launched a review of its adult-use cannabis legalization law, the Cannabis Act, which took effect in 2018.

Now, government officials have named the members of the panel charged with conducting the review, which was mandated by the Cannabis Act.

As mandated by the Cannabis Act, the review will assess the legislation and its administration and operation, including the law’s impact on the illicit market, indigenous communities and the economy. 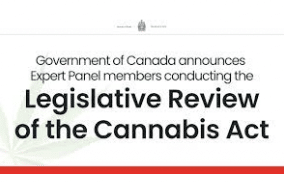