Canna Law Blog: New Door For Cannabis Trademarks May Be About To Open

Trademarks have long been a complicated issue for cannabis brands

As we often point out in these pages, cannabis companies are unable to register trademarks for many of the core products. The United States Patent and Trademark Office (USPTO) “refuses to register marks for goods and/or services that show a clear violation of federal law, regardless of the legality of the activities under state law.” These goods include not only marijuana as defined by the Controlled Substances Act (CSA), but also many CBD products, such as edibles, which are prohibited under the Federal Food, Drug, and Cosmetic Act (FDCA).

Unsurprisingly, impacted companies have mounted numerous challenges to the existing framework. One such challenge comes from a company called Joy Tea, which had a trademark application (88640009) for CBD drinks rejected by the USPTO.

When it initially rejected Joy Tea’s application, the USPTO noted that “it is unlawful to introduce [into interstate commerce] food to which CBD, an ‘article that is approved as a new drug,’ has been added … regardless of whether the substances are hemp-derived.” The USPTO also noted that, as described, Joy Tea’s goods did not specify the CBD source, potentially covering goods defined as marijuana under the CSA (that is, containing more than 0.3% THC).

To fully grasp the nuances of the dispute, it is important to understand the difference between the two most common bases for a trademark application: actual use and intent to use (ITU). When a registrant files an application on an actual use basis, it is claiming that it has already used the mark in commerce. By contrast, an ITU application only requires a bona fide intent to use the trademark on the part of the registrant.

Joy Tea’s main contention is that it should be allowed to register the trademark on an ITU basis because it anticipates the described goods (CBD drinks) will be lawful by the time the registration is complete. In essence, Joy Tea is saying that its intent to use the mark on CBD drinks is contingent on those drinks becoming lawful. As a result, there will be no unlawful use to concern the USPTO.

The USPTO, however, disagrees with this stance. In the agency’s view, lawfulness “is determined at the time the application is filed and not what may or may not be lawful … years from now.”

We anticipate the USPTO will prevail. A ruling in Joy Tea’s favor would require USPTO to devote resources to the examination of applied-for trademarks that may never be registerable. It could also force the agency to monitor the state of the law in various fields on an ongoing basis.

This all said, Joy Tea and its counsel are deserving of a hearty “well played.” If Joy Tea prevails, it will mark a dramatic before-and-after when it comes to cannabis trademarks. Cannabis companies would do well to start getting ready to file what may soon be known as Joy Tea applications. Just in case.

To Read The Rest Of This Article On Canna Law Blog, Click Here 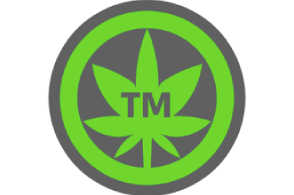