Cannabis Administration And Opportunity Act: What The Proposed Federal Cannabis Laws Would Mean For Hemp

On July 14, 2021, Senators Chuck Schumer (D-NY), Ron Wyden (D-OR), and Cory Booker (D-NJ) released the discussion draft of historic federal cannabis legalization legislation, the Cannabis Administration and Opportunity Act (CAOA). The CAOA would not only end cannabis prohibition but would also establish a regulatory framework for cannabis under the U.S. Food and Drug Administration (FDA) and the Alcohol and Tobacco Tax and Trade Bureau (TTB). It also includes comprehensive restorative justice provisions, including grants, loans, and other funding programs for disadvantaged and minority businesses, record expungement, petitions for resentencing, and other measures intended to repair the decades of harm caused by the War on Drugs.

While unlikely to pass in this Congress, the momentous legislation gives us a roadmap for how the U.S. will ultimately regulate cannabis and is a key step forward in determining the appropriate federal framework.

With hemp already federally legal, a primary policy issue is how marijuana and hemp—two varieties of the cannabis plant—would be distinguished under a federal regulatory regime. In this article, we lay out the CAOA’s key provisions governing hemp, related cannabis product regulation, and areas where legislators specifically seek industry feedback to inform the best policy approach.

Industry stakeholders have until September 1, 2021 to provide feedback. We strongly encourage participation in this important opportunity to shape federal cannabis policy.

Distinction between Cannabis and Hemp Under the CAOA

Regulatory Oversight of Hemp and Cannabis

Providing a Legal Pathway for CBD in Dietary Supplements

We strongly encourage participation in this important opportunity to shape federal cannabis policy. 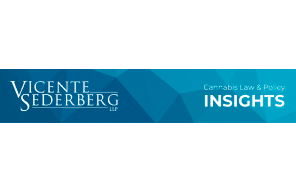