As of June 21, these states have taken action against delta-8 and similar THC isomers since Hemp Grower’s last report:

RELATED: Understanding Delta-8 THC: Where Does it Come From?

Other states are pursuing similar action on THC isomers. Some bills are still being considered by state legislators, while others have fizzled out. Here’s an update on current and previous pending legislation: 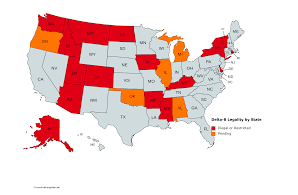