Facing the question of whether cannabis cultivation rules should be expanded, reduced or left alone, counties and farm bureaus in the North Bay are all over the map.

Marin County, the birthplace of medicinal use marijuana in the state, plans to continue banning cultivation in its unincorporated boundaries, though continuing to allow retail delivery.

On the other end of the North Bay, Napa’s supervisors have gone back on considering allowing cultivation, while nearby Sonoma County is exploring a dramatic push to allow for more commercial growing.

After hosting a series of town halls, the county has proposed an ordinance to expand the amount of cannabis grown on a parcel to up to 10% in certain zones. Growth has been held to one acre up to this point.

The proposal was expected to head to the county’s planning commission March 18.

If the commission approves it, the process is expected to take a while. It involves a lengthy set of guidelines and a change in the General Plan — the local government’s blueprint for land use.

“We heard feedback and concern from neighborhood groups about the potential of expanded cultivation and its impact on rural neighborhood,” county Agricultural Commissioner Andrew Smith told the Business Journal on March 15. His department would oversee the cannabis operations. “Sonoma County (officials are) hearing two passionate sides of the issue. There’s a lot of long-held opposition on cannabis in general.” 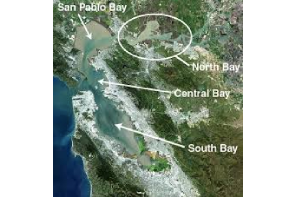