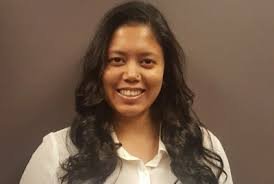 A first of its kind event series aims to bridge the gap between post-legalization cannabis in Canada and Canada’s newcomers, enabling the education of plant science, exploration of brand opportunities, and discussion of attitudes and beliefs that shape the culture of cannabis today.

Generation1.ca and Tweed put together a debut educational workshop on the fundamentals of cannabis and responsible consumption, to elevate community and product engagement among Canada’s first-generation immigrants. Arundati Dandapani, Founder and CEO of Generation1.ca, a cross-sectoral resource that taps into the overlooked talent and outlook of Canada’s newest residents, kicked off the welcome address. “As organizers, we matched Canada’s fastest growing demographic with Canada’s fastest growing industry, to see what magic we could create,” she said. “This is the first of a series of events, that we hope will combine the best of cannabis science education with research insights and community conversations to elevate product knowledge and awareness of the plant among a niche segment of newcomers, who believe it or not, are an opportunity market, and who although according to Vividata’s Vivintel, report lower consumption than average native-born self-identifying white Canadians, have a higher likelihood to consume, with more frequency and more motivations. This is the new consumer of today and tomorrow! Understanding the diverse cultural backgrounds, rituals and taboos we bring to the plant will help us shape not just better cannabis brands, but also integrate Canada’s newcomers’ diverse perceptions and attitudes in paving the way for breakthrough moments, experiences and future interactions with the plant.”

Next, Ziad El Shourbagy, Community Engagement Specialist at Tweed, headquartered in Smith Falls since 2014 and belonging to parent holding company Canopy Growth (TSX: WEED), launched into a deeply informative “Cannabis 101” styled two-hour presentation on the Fundamentals of Cannabis and Responsible Consumption. Ziad’s presentation focused on their brand introduction, plant history and science, anatomy, terpenes, growing from clone (a leaf trimming) to sale and consumption. All product grown from the female (or feminized) plant, is tested rigorously in compliance with Health Canada’s standards. Medical and recreational marijuana are grown the same way, the only difference arises in the securing of an authorization for medical consumption. Cannabis came to Canada in the 1900s when  Mexicans first immigrated to Canada and the US carrying the marijuana plant, inviting racialized fear-mongering campaigns that led to the prohibition of the drug in the 1920s. Activists and patients like Terrance Parker later paved the way for medical cannabis access and reform.

Awareness levels remain low among all Canadians, and the presentation aimed to eliminate knowledge gaps when a whopping 70% of Canadians surveyed were somewhat or not sure of the difference between THC and CBD, according to Canada’s largest syndicated study of cannabis consumers Vividata Vivintel. An animated video illustrated key differences between the two principal cannabinoids (CBD offering a body buzz, THC offering a euphoric high), scratching just the surface of the hundreds of cannabinoids present in the complex plant that will hopefully be harnessed by brands in the future years of legal cannabis.

Our bodies’ endocannabinoid systems (biological system of chemical receptors) help regulate pain, mood, sleep and memory; we have CB1 and CB2 receptors that interact with dopamine and with the cannabis we consume. “You could choose to consume chocolate, talk to a friend, or consume cannabis,” joked Ziad, suggesting that the dangers of cannabis were more concentrated in the lack of education and awareness than in perceived ill-effects of consumption. The highest concentration of cannabinoids is found in the plant’s resin and trichomes (responsible for the stickiness of cannabis). Indica (associated with sedating effects), sativa (associated with uplifting effects) and hybrid (combination) are not botanical terms and belong in the “legacy market lexicon”; all strains in the market today are considered hybrid over years of cross-breeding. Cannabinoid ratios (CBD: THC) and terpene profiles are truer criteria for deciding what product is right for you. Terpenes are molecules responsible for the distinct aromas (taste and smell) of the plant; myrcene (mango) is the most common terpene in cannabis among others. “Cannaseurs” shop by terpenes and cannabinoid ratios. Current legal forms of cannabis for purchase in Canada are dried flower, pre-rolled joints, softgels, oils and seeds. In October 2019, other formats including topicals, edibles, vapes and beverages, were made legal but these legal products may only ship to market early next year.

Three common myths busted during the session were – cannabis legalization had led to increased youth consumption of cannabis, cannabis is a gateway drug, and lastly, cannabis overdose leads to deaths. Cannabinoids cannot bind to the brain stem, and death by overdose could only happen if one consumed 15,000 kilograms of cannabis in under 15 minutes. Moreover, cannabis consumption has repeatedly proven to reduce reliance on harmful opioids and pharmaceuticals, and there has been no increased statistic in youth consumption of cannabis post-legalization – rather, companies have taken strict measures to ensure intact packaging, audits and age-gates to keep away underaged consumers.

Responsible consumption of cannabis is about making sure you have the right product, being prepared ahead of time, and choosing the right setting. In Ontario, you need to be 19 + years old to consume cannabis, and you can grow up to four cannabis plants per household, possess and carry up to 30 mg of cannabis, access cannabis from all legal store fronts and the Ontario Cannabis Store online. It is legal to consume cannabis in a private residence but also in public areas like some concerts where tobacco consumption is permitted.

The educational presentation was followed by a group discussion around cultural perceptions, backgrounds, motivations and barriers including conversations around stigma, and how social acceptability of cannabis was defined by ethnicities but also religious beliefs in certain communities along with economic class and generational differences, where it was still seen as a low-class drug, and elders disapproved of the use of cannabis outright. Some claimed the North American openness towards cannabis characterized by a liberal first-world post-prohibition era acceptance, was premised in modern day capitalism, pointing out that the main reason cannabis was now legal was so that more people could protect their earnings. Ethnic foreign-born consumers in Canada are 30% more likely than their native counterparts to have not used cannabis because of being unable to find a regular supply (Vividata Vivintel 2019). This speaks to some very real supply-access issues being faced in a post-legalization world, especially in Ontario.

A Tanzanian who had moved to Canada at the age of six, did not report any differences in perceptions when compared with native-born Canadians, although he suggested his older siblings were morally and socially opposed to legal cannabis because of their heritage. “In North America we have moved from thinking about just 2 genders to thinking about 72 genders. This sort of thought process is not there in Iran, Africa or Asia – same with cannabis. Real freedom in thought process has not yet come to those parts of the world.” Others tended to disagree, saying that the role of cannabis was not seen as central to the upliftment of citizens’ or consumers’ lives. Consumption was acceptable among low-wage workers, social groups, at affluent parties in some upper echelons of society, but also the male plant hemp enjoyed higher popularity in its derivative forms as creams, oils and other remedies for ailments. In Ukraine, one participant’s grandmother grew her own hemp-derived CBD (versus cannabis derived) and used it to make oils to cure her joint pain. A couple of Indians referenced bhang (cannabis infused milk consumed at an annual Hindu festival), but even that was reported to be more of a covert ritual in groups or among households, just the way carrying alcohol in your bag was not something you advertised when walking on the street.

Newcomers to Canada who have arrived less than 1 year (131) or between 1 to 2 years (188) index the highest on not having used cannabis for fear of being judged by others. Across ethnic groups, the levels of perceived stigma / fear of judgment vary according to Vividata (see figure). Latin Americans or Central Americans are 110% more likely than the average Canadian to have not used cannabis out of fear of being judged by others, followed by those who belong to Chinese, Japanese or Korean ethnic groups. Aboriginals, Blacks, Filipinos and East Asians indexed high on their motivations to consume cannabis for fun. Canadians of South Asian and East Asian origins are 32% more likely than the native-born Canadians to use cannabis to treat mental health issues, according to Vivintel.

In Jamaica, Rastafarians use marijuana in their religious proceedings but abstain from consuming alcohol. Among other Jamaicans, cannabis seems accepted and understood because it is grown there and is decriminalized but not yet legal. In Morocco, “hash is all over the place,” even if the middle and upper class largely stigmatized it. In Thailand, cannabis consumption was allowed medically, but not so long-ago possession could have landed you in prison. There was thus a cornucopia of experiences and knowledge levels among attendees and a unanimous thirst for understanding the opportunity cannabis could bring to their lives, in what was deemed to be a “rise towards premiumization” as young affluent multicultural and cosmopolitan consumer professionals shaped the next wave of legal cannabis in Canada.

The evening’s discussions converged in a brand story for newcomers’ cannabis: one that seemed plural enough to represent the breadth and diversity of our planet, local enough to serve as a microcosm of young professionals in Toronto, and open enough to explore, engage and spread awareness of the plant’s science as it evolves in the legal market. The next event in this series will happen in the new year. 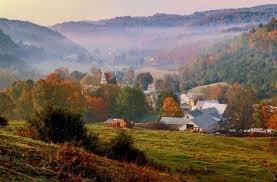 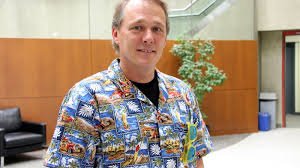 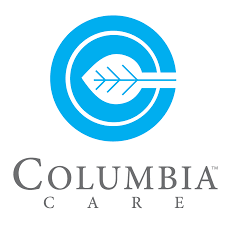 Columbia Care LLC Given Go Ahead By Malta Enterprise