We thought it might be a good idea to juts republish their inaugural newsletter as is for you, dear reader, to take a look at.

Thank you for signing up for our monthly newsletter and welcome to our inaugural edition. The Cannabis Freedom Alliance (CFA) will take this opportunity to provide you each month with relevant news, policy, and legislative updates on how CFA and its members are marching towards the goal of ending cannabis prohibition. As with this month (see below), we will be releasing exclusive content to our readers.

The CFA seeks to end the prohibition and criminalization of cannabis in the United States in a manner consistent with helping all Americans achieve their full potential and limiting the number of barriers that inhibit innovation and entrepreneurship in a free and open market. Founding members include Mission Green/The Weldon Project, Global Alliance for Cannabis Commerce, Reason Foundation, Law Enforcement Action Partnership, and Americans for Prosperity.

The CFA has coalesced around four founding principles of marijuana legalization:

CFA to Issue Recommendations for Federal Regulation of Legal Marijuana

For the first time since Congress agreed with the Nixon Administration in 1970 to outlaw the possession, sale and manufacture of marijuana and marijuana-related products, congressional leadership has recently signaled a willingness to relent on those policies. The House of Representatives in recent years has taken historic steps by passing the Marijuana Opportunity Reinvestment and Expungement (MORE) Act to remove marijuana from the limitations of the Controlled Substances Act and expunge the records of those with previous federal convictions for marijuana, as well as the Secure and Fair Enforcement (SAFE) Banking Act intended to facilitate greater access to financial services by state-licensed marijuana businesses, signaling a changing attitude toward marijuana on Capitol Hill.

If major marijuana reform legislation is to be taken seriously in Congress this year, there are many aspects it must address. These include everything from federal regulation and tax issues to financial services, clinical research, the contours of interstate commerce and technical barriers to trade, successful and equitable second chances for those directly impacted by cannabis prohibition, criminal justice and respect of states’ reserved powers. Failure to correctly address any of these subtopics could stand to imperil both existing markets for legal marijuana and hamper U.S. competitiveness in newly international emerging markets. Indeed, there is a danger that federal legalization, done incorrectly, could produce outcomes even more adverse than the status quo wherein consumers and patients in states where marijuana is legal are generally able to access the marijuana they need.

A brand new white paper by the Cannabis Freedom Alliance provides an overview of each of these subtopics and provides general recommendations to help guide the effort toward federal legalization of marijuana. Our policy experts are also available to offer additional insights; contact Randal Meyer at randal@globalcannabiscommerce.org to schedule a briefing. 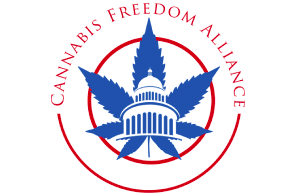