Greencare Capital (LON: GRE) has joined the NEX Growth Market as part of its strategy to become a consolidator in the European market for cannabis-based products. Greencare has already identified its first investment and it could be secured in the near future.

Greencare is capitalised at £3m at the subscription price of 25p a share. It could not have joined AIM as an investment vehicle because it did not raise enough cash, but NEX is a good market for Greencare because it already has cannabis-related investment companies and businesses. NEX can be a stepping-stone onto another European market.

The board includes Guy Winterflood, who is chairman of Hempflax, which is one of the largest growers of hemp for industrial use.

European countries are at differing stages when it comes to legalisation of the use of cannabis. Italy legalised medicinal cannabis in 2013 and Germany did the same in 2017. Portugal legalised a range of medicines in 2018 and the Netherlands allows medicinal cannabis to obtained via prescription.

The UK is starting to loosen the laws on medicinal cannabis and France is evaluating its position.

Greencare intends to make acquisitions in countries where there is already well-developed legislation and regulation. It will assess opportunities in production, research and distribution in both cannabis and hemp sectors. It is not interested in recreational cannabis.

That suggests that Italy and Germany are likely to be prime targets to provide a base for the business.

UK-registered cannabis-related companies such as Greencare have to be careful that they are acting within the UK laws when acquiring and operating businesses even if they are not based in the UK.

The initial focus is likely to be the wellbeing sector of the cannabis market. It is easier and more straightforward to launch products than it is for medicinal and pharmaceutical products.

Longer-term, Greencare wants to have interests in a range of cannabis businesses,

The first investment is likely to be in a distribution business that has a leading position in one of the larger European market.

The company has exclusive distribution activities covering 30,000 points of sale and that could increase to 45,000. This is a consumer-focused business.

The plan is to acquire an initial 10% stake via share investment and convertible loans. Due diligence is being carried out and the investment could be made early in 2020.

There are other smaller opportunities that are being assessed.

Dominic White is also chairman of fellow NEX company Eight Capital Partners (LON: ECP), which has a 21.2% stake. It acquired 1.5 million of its shares at 1p each and 1.06 million at the subscription price – just over 50% of the subscription shares.

The original 1.5 million shares are part of a lock-in along with the E Value One stake and these shares will not be sold in the 12 months following the flotation. Anyone buying the other 1.06 million shares will have to hold them for the rest of the first 12 months.

Greencare will have just over £500,000 in the bank after expenses. That will finance due diligence on the initial investment and other costs.

All the shareholders and corporate adviser Cairn have warrants exercisable at the subscription price. That could raise an additional £450,000.

Greencare’s main reason for joining NEX is to raise capital to expand and given the significant opportunities it has it will undoubtedly be issuing more shares for cash or to the sellers of the businesses it acquires. 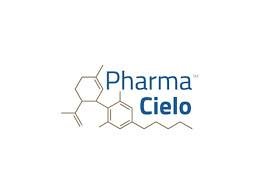