Canada is one of the countries that’s at the forefront of transforming cannabis laws. The changes in drug laws have brought about many business opportunities. However, the Cannabis Act still needs a lot of modification. Consequently, lawyer Harrison Jordan came up with 10 propositions that seek to amend the law surrounding cannabis.

Harrison Jordan affirms that the amendments would help bring a large percentage of cannabis users to the local market. The proposed changes made by the cannabis lawyer has gotten a lot of fanfare to the extent of being published by NORML Canada. According to Harrison, the alterations will ultimately create a win-win scenario by making the product friendly for consumers while still maintaining the principles of the Cannabis Act valid.

To give you a better understanding, here are the 10 changes that were proposed by attorney Harris Jordan.

Currently, individuals are only permitted to possess 30 grams of cannabis at any given time. On the flip side, medical cannabis users have a daily limit of 150 grams. Cannabis consumers don’t have the freedom and flexibility to purchase the product in bulk when compared to consumers of alcohol. Relaxing the strict possession policy would enable people with a higher tolerance to purchase the quantities they need.

Besides the stringent measures put in place to operate a cannabis venture, medical sellers are further subjected to more restrictions if they want to sell cannabis products to patients. This has made them miss out in terms of business. As a result, the new propositions would allow them to swiftly and effectively operate storefronts.

This notion would facilitate the sale of cannabis health products. This implies that there would be more medical practitioners who understand the interrelation of health products and cannabis, thereby offering accurate information to users.

Increase the Quantity of Cannabis Products in Edibles

The current amount of THC that can be contained in edibles is 10 milligrams per unit. Inasmuch as this quantity is standard for a novice, people with a higher tolerance are forced to spend more in order to get their desired effect. The changes propose an increase in the level of THC to properly serve the people with a high tolerance while still ensuring the safety of edibles to avoid the incidence of people being blasted.

Another major proposition is the removal of the recovery cost that’s currently subjected to the not-for-profit cooperatives that are processing and selling cannabis. This would make medical cannabis to be available at a more affordable rate.

Youths under the age of 18 are prohibited to be in possession of more than 5 grams of cannabis. Besides conserving judicial resources, abolishing this law would ensure that no youth is charged with a criminal record only for cannabis possession.

According to the Federal Cannabis Act, possession of any amount of illicit marijuana is prohibited. A person who has been found to be in possession of cannabis may be subject to a 5-year jail term. Attorney Harrison’s new proposal seeks to raise the quantity level of illegal possession to be 30 grams.

Indicate the percentage of Terpene on Packages

This move will aid consumers by giving them an idea of what they should expect the product to be like before making any purchases. Since there’s no particular way of telling the strength of Terpene like smelling or tasting, giving an indication would be a more accurate way.

Lastly, Harrison Jordan suggests that if there are any cannabinoids above 0.3, they should be indicated on the label. This will help consumers be more informed about the products they’re using.

Getting all the 10 recommendations to the adapted won’t be a walk in the park; still, they’re the positive changes that would help to reshape the cannabis industry in Canada. 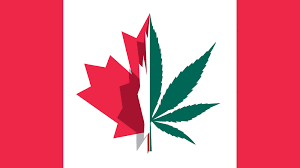